The Fifth Mode of Transportation: The Hyperloop High-Speed Train 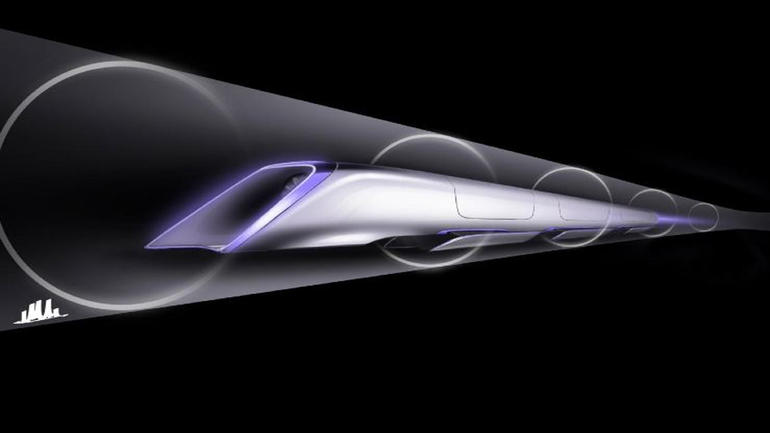 Back in 2012, Testla Motors and SpaceX founder Elon Musk made news when he announced his idea for a "fifth form of transportation", one that would supplement the existing methods of travel by boat, rail, plane and automobile. Known as the Hyperloop, the concept called for the creation of a high-speed train that would use a low-pressure steel tube and a series of aluminum pod cars to whisk passengers back and forth between San Francisco and LA.

A year later, he released an alpha paper describing the concept in detail. In it, Musk claimed that the pods would be supported by a soft air cushion and propelled forward via magnetic induction and electromagnetic pulses, thus avoiding the issues of air resistance and friction. As a result, this transit system would theoretically be able to achieve supersonic speeds of up to 1280 km/h (800 mph), and make the trip from San Fransisco to LA in just 35 minutes.

Musk explained that he had conceived of the idea after hearing about the sad state of California's $70 billion high-speed rail initiative. In Musk's view, what was needed in Silicon Valley, and anywhere else in the world for that matter, was a mass-transit system that could not only outperform other means of transportation, but also cost less per mile without major subsidies.  MORE
Posted by Melinda Pillsbury-Foster at 5:34 AM