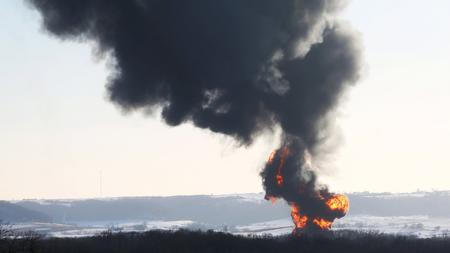 The fiery train derailment Thursday near Galena should serve as a wake-up call for the state and the Chicago area to be better prepared in the event of a similar incident in the metropolitan area, officials said.

The BNSF Railway train carrying 103 tank cars with crude oil derailed and exploded in flames in a sparsely populated area. Had the incident occurred in the city or suburbs, it would have forced the evacuation of thousands of people and caused enormous damage, officials said.

"We're fortunate this occurred where it did, in a remote area, and there were no homes around it," Illinois Emergency Management Agency Director James Joseph told the Tribune. No one was injured.  MORE
Posted by Melinda Pillsbury-Foster at 1:25 PM