My Syria report #2: How to outsource a war 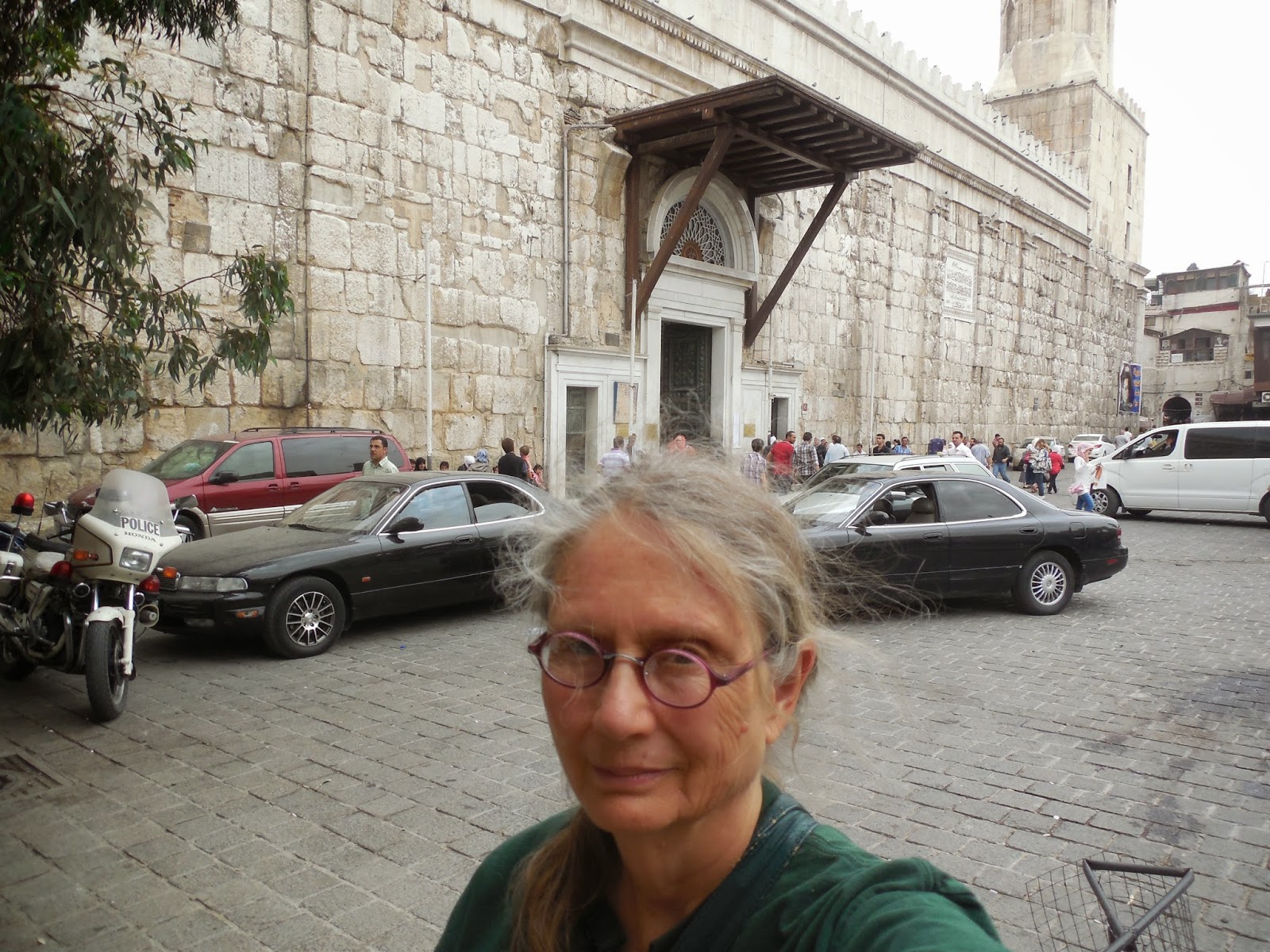 While staying here in Damascus, I have heard the same thing said again and again from a whole array of sources, including foreign journalists, Syrian citizens and even Christian nuns.  "This war on Syria is being fought by Al Qaeda operatives, fanatic Islamist jihadis, foreign fighters, terrorists and mercenaries for hire.  And they are being financed by American money and given American weapons."  Yikes!

What this means to me personally is that my very own head (which I have actually become quite attached to) could possibly be blown off at any minute by fanatics and/or weapons bought and paid for by my very own tax dollars.  Now that is a really confusing thought.

"War by proxy" is becoming a more and more frequently-used phrase here in Syria.  The American military-industrial complex is now out-sourcing their war.

But, hey, that's better than having American soldiers over here fighting and dying for Wall Street and War Street like they did in Iraq.  Our soldiers' jobs are being shipped overseas?  That's one example of outsourcing that is just fine by me.

Except, in the words of one local college professor I interviewed the other day, "We Syrians are fighting dirty enemies.  This is a dirty war.  The jihadists attack hospitals, power plants and schools.  But the Syrian people are fighting back."  The professor also mentioned the discovery of vast new oil fields off the Syrian coast.  And he found it ironic that the very first place that the jihadis, inquisionists, Taliban wannabes and Al Qaeda death squads attacked was in this oil-rich region.  The original peaceful protests by Syrians themselves -- before the Taliban wannabes arrived in force from overseas and turned Syria into a slaughterhouse -- took place in Daraa, not in the oil fields.  Hmmm.

"I also find it ironic that Americans are citing democracy as their primary reason for attacking Syria -- while their biggest ally in this region is Saudi Arabia, a known dictatorship."  Not to mention the doubts that everyone has about American elections.  Take Diebold for instance.  And Florida and Ohio and that weird Supreme Court ruling that forced GWB down our throats.  And voter ID cards and 92-year-old women turned away from the polls.  But, hey, America is famous for exporting hypocrisy.  Get over it, prof.

In Sweida, I talked with a young woman who spoke English and she said, "Living in Syria is like living in one of those Hollywood horror movies."  Slasher flicks.  "These terrorists come here and they bomb our hospitals and schools, kill and rape women and children and even eat our flesh like cannibals.  We Syrians just want this horror movie to stop."  And she was proud of Bashar Assad for standing up to these wannabe Freddy Kruegers.  And most of the Syrians I have talked with feel the same way.  "And you would too -- if it happened to you."

And it did happen to me too -- sort of.  I can hear the shelling outside Damascus going on night and day.  Nerve-racking.   I almost felt like a heroic citizen of London during the Blitz.

Syria's president, Bashar Assad, has been playing the Great Game of political chess in this region like he is a grand master -- and perhaps that's why the American military-industrial complex hates him so much.  But Syrians love him.  They just do.  It's a Syrian thing.  Remember what Maya Angelou said in "I know Why the Caged Bird Sings"?  How she was being raped as a child and prayed for the Green Lantern to save her?  Well President Assad, like it or not, is Syria's Green Lantern.

Assad might have been a bit too enthusiastic in the past about suppressing dissidence.  But please be aware that the inquisionist crazies and Al Qaeda freaks that have tried to invade Syria are so very much worse.  Syrians weren't totally behind Assad before the invasion -- but they certainly are now, thanks to America's military-industrial complex.  Eisenhower warned us about the complex.  He shoulda warned the Syrians too.

The only thing that I can truly fault Assad on presently are all those all-pervasive giant posters of him that you see everywhere -- on buildings, in shops, on cars and buses, on T-shirts and even in elevators.  Everywhere.  He should stop doing that.  He's not just some Ken doll or even the next Brad Pitt.  He's a political genius who is trying save Syria from the bad guys.  He should have understood by now that he has found a place in the hearts of the Syrians and just leave it at that.

PS:  Observing the Syrian elections was fun.  It was like attending a country-wide block party.  Or, as Mother Agnes-Mariam said to me in an interview at the Dama Rose Hotel, “It would be impossible to coerce that many Syrians to vote out of fear.  People actually went out from rebel-held territory to vote.  Even the rebels voted.”  So.  Who are you going to believe about the authenticity of the Syrian elections?  Mother Agnes-Mariam who said that they were valid -- or Wall Street and War Street, who claim they were a fraud?

Are you going to believe the same people who lied to us about Iraq having weapons of mass destruction – or a mother-superior Christian nun?

PPS:  In Homs, those nasty American-sponsored jihadists blew up a historic old Christian church -- only to find an even older church lay buried under the newer church's foundations.  Built in 59 AD, this older church might actually been visited by the Apostles and Saint Paul himself.  And these Taliban wannabes were happily trying to blow this older church up too.  But apparently they got distracted by trying to break up the bones of some nearby Christian saints' relics -- and the old church was saved!

PPPS:  I never did get to meet President Assad.  "Apparently he has to keep his eye out for being assassinated by drones," one journalist explained to me as to why Assad hadn't come to the Dama Rose hotel.  But still...I could have worn my cool "Berkeley High Water Polo Team" T-shirt that I had swiped from my daughter Ashley.  I'm sure Assad would have been quite impressed.
Posted by Melinda Pillsbury-Foster at 8:43 AM