COMMENT -The number two man on Green Hills Software's Management Team fell foul of the law in Taunton, MA on April 17th, 2013.  The article below appeared in the local paper.  Jack Douglas gave his address on the POLICE REPORT as 479 South St., Foxboro, MA and not Santa Barbara, where he is actually employed.

Since fellow vice-president, Craig Franklin also has issues with sexual perversion perhaps we are looking at causal factors which bear increased examination of the entire 'Management Team,' regarding their habits which, are in no way, victimless crimes.
This kind of indicator, anti-social and deviant, behavior,  is one of the  reasons Dr. Robert Hare has said those in positions of corporate authority should be tested for psychopathy.
Thanks to the anonymous source who sent this on to me and to the comments by the arresting officer when he was contacted, and to the chief of police.  As noted in the article, a court pre-trial hearing has been scheduled for  June 7th in Taunton District Court.
Authorities in MA were not aware Douglas did not actually live in the state of California until I called, evidently.  This information will now be sent to authorities in California.

Looks like Jack is in to displays of a different kind that DESIGN West, 2013.

Other photos of Jack Douglas: 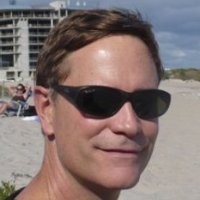 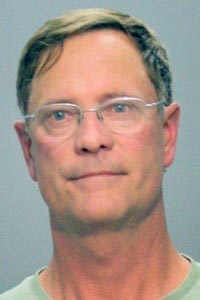 TAUNTON — A Foxboro lawyer was arrested Wednesday afternoon after Taunton police said he hoisted up his Scottish kilt exposing himself to diners at a popular chain restaurant.

John Douglas, 59, 479 South St., was charged with a single count of open and gross lewdness and lascivious behavior. He was arraigned Thursday in Taunton District Court and released on his own recognizance.
Police said Douglas was spotted at 3:45 p.m. by an off-duty Massachusetts State Police trooper having lunch with his family at Olive Garden at 983 County St.
The 44-year-old trooper, police said, went outside to confront the man after he and his children noticed Douglas lift the front of his kilt exposing his genitals, and then sit on an embankment separating Olive Garden from Dunkin’ Donuts.
When Douglas sat down, the trooper told cops, his legs were open so that he was still fully exposed.
The trooper told police he and his children were “shocked” by Douglas’s actions.
Douglas said the incident was inadvertent, and was apologetic, police said. He explained that as he was drinking his coffee the garment somehow “lifted up” so that his private parts were exposed, cops said.
Douglas told Taunton Patrolman Omar H. Ricketts that he likes wearing a kilt and doesn’t wear any underwear when he does so. Ricketts also noted finding a pair of denim shorts in the front seat of Douglas’s car.
When reached by phone Thursday, Douglas would only say that wearing a kilt “is a family tradition.” He declined to discuss the legitimacy of the charge.
“I have no comment,” Douglas said.
Douglas also did not deny that he is the same corporate attorney who in 1992 wrote the “Reebok Rules,” an article that lays out a strategy for achieving a successful in-house legal department.
Douglas graduated Harvard University with a juris doctorate (J.D.) according to Martindale.com, an online site for lawyers.
A man or woman found guilty of open and gross lewdness and lascivious behavior can be sentenced to no more than three years in state prison or no more than two years in jail, according to Massachusetts General Law. A judge also has the option of imposing a maximum fine of $300.
Douglas is due back in court for a pretrial hearing on June 7.