You are being enrolled into a global identity scheme which controls your ability to buy, sell, travel and now work if the legislation becomes law (Comprehensive Immigration Reform)


There is no longer a question if the Constitutional Alliance was right going back many years ago.  We warned people before anyone else that calling Real ID a "national" ID was not the whole story.  Those that have said Real ID is dead were and are wrong.  Real ID is specifically mentioned in the immigration legislation.  Even in states that are not Real ID compliant your digital facial in your state DMV database is a biometric.  You can bury your head in the sand if you choose but you will be complicit in destroying the freedom that once existed in our great country.  Pastors who refuse to speak out are complicit in ensuring the Church is enrolled into a global system of identification and financial control that God clearly condemns.  The standard for the digital facial image/photograph on a Real ID compliant and non Real ID compliant driver's license is international.  DHS will determine once again what standards will apply to a required digital facial image/photograph that will be acceptable under the new legislation.  Reading over the 844 pages I am searching for any provision for a "religious exemption" or any other exemption that may apply for all citizens.  I have not found such an exemption.  If you want to work, travel, buy, or sell you will be forced to be enrolled into this global system of identification.  Kaye Beach's lawsuit is the last opportunity as of today to stop mandatory biometric enrollment.  Understand that photographs do not need to be of such a quality that they are considered a biometric as such.  The digital facial images/photographs that are taken today are specifically taken at a resolution and pixel count specifically for the use of facial recognition software.  Those cameras and I am not speaking about the ones that take your picture at a DMV office but the CCTV cameras on our streets, smart cameras law enforcement uses and the drones flying above have are pointed at YOU!!!  Using facial recognition you can be identified and tracked.

Access to information contained in your state DMV database, either directly or indirectly to the federal government is assured now. The Driver's Privacy Protection Act allows for such information sharing but states do not have to allow it or in any other way make your information in a state DMV database accessible to any federal agency or department without a warrant.  Allowing for something and mandating it are two different things entirely.  State courts, legislatures and governors are the last line of defense.  The immigration legislation is the federal government way of by passing states' rights and the rights of citizens using the authority of the federal government on immigration matters.

http://www.schumer.senate.gov/forms/immigration.pdf   844 pages PDF of a rights destroying legislation that is on par with the PATRIOT Act.  Every citizen and non citizen would be compelled to provide their biometric; a digital facial image/photo. 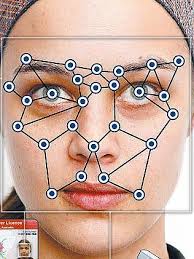 I want to be very clear.  Do you want to be identified regardless of where in the world you are?  To you want to be tracked by CCTV, drones, smart cameras, and other surveillance tools where ever you go?  There is only 1 reason for international standards and that is to facilitate global information sharing.  Our State Department is on record saying when foreign leaders come to our country it is the goal of our government that not one foreign leader leaves without signing a reciprocal biometric sharing agreement.  Nlets (National law enforcement telecommunication system) now called The International Justice and Public Safety Network.is a querying telecommunications network BUT specifically allows for the biometrics of citizens to be shared with foreign countries and other international entities.

The one think we should all know for sure is as bad as we may believe the legislation is today it will only be worse when signed into law and the Rulemaking process takes place.  DHS will be the federal department in the forefront deciding the "rules"/specifics of how the law will be implemented.

Can the legislation be amended?  The short answer is "Yes" it can.  Will it be?  Most likely no because of the limited "bipartisan" effort of those senators who worked on it.  It took too long to reach compromise wording for any senator to be willing to now amend the legislation in such a way that an amendment would pass.  The better chance for amending the legislation would be in the HOR (House of Representatives).  The problem with the HOR route is if the legislation is not amended we will be left with a law that ensures our ability to exist will be in the hands of DHS, their databases and the information they will have access to in other federal and state databases.  Whether your are in support of immigration reform or against it, the comprehensive immigration legislation that has now been introduced MUST be opposed unless you support bigger government, more spending, more rules on business owners and more intrusion into the lives of people.  You can be a person who believes our "Unalienable" rights that come from our Creator apply to all people not just citizens of the United States or Christians but that will not change what the comprehensive immigration legislation will do.  This legislation destroys the rights of all people.

Many citizens are against gun registration.  People may differ on background checks and other related issues but I have not heard anyone who supports the registering of all guns.  If you oppose gun registration how can you support the registration of businesses and people with DHS?

Conservative is supposed to stand for smaller government, less spending and less intrusion into our lives.  How can any conservative support this legislation?  The comprehensive immigration reform legislation creates new bureaucracies (more government), much more spending, more regulations on businesses and far more intrusion into our lives. I am repeating myself because I want to make sure everyone realizes how egregious this legislation is.

If you have ever thought about contributing to the Constitutional Alliance right now is the time.  We are working with private citizens, state lawmakers and groups/organizations in nearly every state.   Please share this communication with every person and group you are in contact with.  Speak to your pastors if they are willing and able to leave their comfort zone.  Contribute as generously as you can to the Constitutional Alliance.  You can visit our web-site www.constitutionalalliance.org and donate online (PayPal) or by regular mail.  The Constitutional Alliance is a 501 (c)(3) and thus your contributions may be tax deductible.  If you choose to do what Kaye Beach is doing and want to know how and what to do please give to the Constitutional Alliance.  Kaye Beach has filed a lawsuit to ensure her religious freedom and other rights are protected by not having to provide her biometrics to acquire a state driver's license.  We will get you the information you need.  The question is are you willing to do what it takes?  You cannot reconcile a free society with a surveillance society.
Posted by Melinda Pillsbury-Foster at 5:09 PM