California fire tornadoes catch the eye, but just what is a 'firenado'? 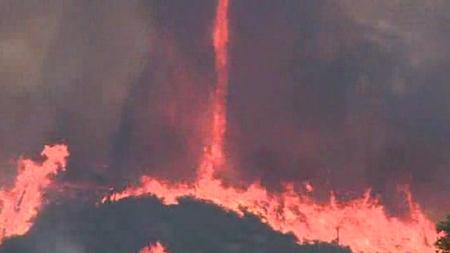 A fire whirl during the Great Chicago Fire of 1871 threw burning planks of wood more than 600 yards ahead of the main blaze, helping the fire’s spread. That same day in Wisconsin, two people were killed when a fire whirl lifted their home off its foundation and dropped it 50 yards away, according an article published in the journal.  MORE
Posted by Melinda Pillsbury-Foster at 9:05 AM