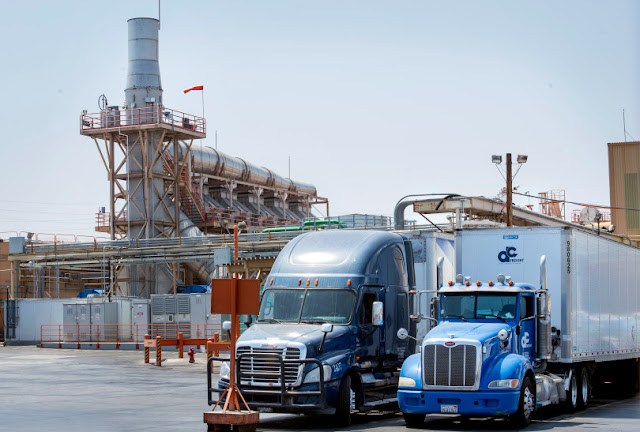 PUBLISHED: November 5, 2018 at 5:07 pm | UPDATED: November 21, 2018 at 12:46 pm
The state attorney general has sued Quemetco, the battery-recycling facility in City of Industry, citing 29 alleged violations involving failures to stop hazardous waste from migrating into the neighborhood and the underground aquifer, a source of drinking water for more than a million Los Angeles County residents, according to the legal complaint.
Using numerous reports of leaks, cracks in waste storage areas and corrosion in waste containers observed by state Department of Toxic Substance Control inspectors, Attorney General Xavier Becerra filed a lawsuit on Oct. 31, asking the Los Angeles County Superior Court to force compliance of failed and aging operations or face $25,000 in fines per day. MORE
Posted by Melinda Pillsbury-Foster at 10:12 PM