Great Strategy! A Ride Across America 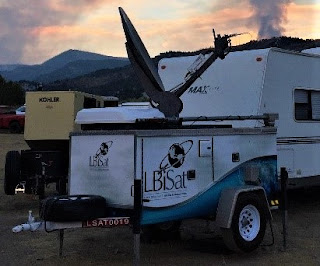 David Demarest sent me your announcement about a second bus trip.  Congratulations on an activity which puts you directly in touch with ordinary Americans – and I sincerely hope many of those you meet choose to vote for you and your VP Candidate Spike.  I looked over your projected bus stops and they will with certainty accomplish the goal of eye to eye contact with dozens, even hundreds of people in the flesh.

That said, I wanted to share with you an event which took place in 1992, the election year when the most popular sitting president in recent history, polling at 89% positive, went down to ignominious defeat meted out by a sexual pervert who had decided he needed to either be elected so he could hide behind the presidency or risk being scandal-ridden and forced to return to Arkansas, where he was then governor.

Bill Clinton, that being the sexual predator in question, sought advice from a Libertarian.  Surprised?  Maybe so, since most Libertarians do not know the story on the four candidates Brock d’Avignon shot up in the polls following his advice and using his strategies.  The LP was sent the same offer received by all the candidates, 64 of them that year, except for Lee Wright, who decided he was not up to it.  All the other LP candidates failed to contact us, setting a pattern still followed today.

You have heard of all the candidates who we had as clients in 1992.  One was H. Ross Perot, who reached 39% before dropping out, having realized he could win.  That had not been the goal; the goal was to humiliate an old Texas enemy of his, H. W. Bush, then running for re-election.

Jerry Brown revolted by the idea of someone like Bill Clinton being nominated of the Democratic Party – or any party – launched a late campaign for president.  With Brock’s advice and using the TV programs prepared for his clients, Brown reached 21% in six weeks.  If he had started with us five days earlier, he would have been the Democratic nominee.

Pat Buchanan, who was running to tweak Bush and make a point about the Line Item Veto, received 19% in six weeks.  Having made his point, he dropped out at the GOP and supported Bush.

Bill was in a slightly different category; Bill and his Media Consultant Frank Greer, called PhoneVoter over and over again for more and more detailed information on what the offered Campaigns on Satellite Program could offer him.  All consulting was, as Bill knew, based on the implied promise to join the program.  Doing so, would get Bill $100,000 of free satellite time.  The program Brock had designed included Unedited Presidential Candidate Speeches.

The idea of this must have made Clinton blanch and cringe; the Star Tabloid story on Gennifer Flowers had hit the stores on January 23; on January 26 the Clintons had given their Emmy-winning performance on CBS’s 60 minutes, immediately following the Super Bowl.  Gennifer held a news conference with her attorney the next day.  The impact on Clinton’s poll numbers was reflected in the primary elections, then starting.

The Unedited Presidential Speeches were delivered to audiences by Buchanan and Brown so the audience at home could react by voting on the candidate and by donating.  The audience, at the event, could react and challenge the candidate, which some did.  Watchers by TV could judge not only what the candidate said, how he said it, but also take cues from the audience reaction and their questions and comments.  It was a tiny amount of interaction, but it was enough to make a large difference.

You can see a short clip of that HERE Scroll down, it is the second video, the first is a clip of our opening; the second is Unedited Presidential Candidate Speeches from 1992.

In 1992 the Keystone Satellite Communications, was working to increase the use of satellite.  At that time, 20-Million customers were using satellite; half of these were diners and bars, the other half homes.  Melodee Paul was the Global Technology Manager PhoneVoter TV Network coordinated with for Keystone in 1992; she continued to support us because our program worked.

Today, Melodee is a strategic advisor and ally.  She is offering special discounts to our clients this year as well, just to give her some recognition.  Today, she is a partner in LBiSat, a larger company.  You can see her, along with our other partners, HERE  Scroll to the bottom of the page.  She is the most respected name in broadcast satellite and a pioneer in business TV streaming with 35 years in the industry.

Keystone was providing the satellite time as a lost-leader to increase the use of satellite; the Uplink Manger for the Keystone Studio on Sunset Blvd in Los Angeles, Craig Reese, had watched Clinton work.   Bill could handle the mike well by himself Reese told Brock.

It was Brock who suggested the Clinton Campaign do a roadshow – with a satellite uplink truck rumbling behind it.  The Clinton’s, unethically consistent to the end, went around us to rent the truck from another party.  We know; Keystone complained to us about this.

The price then, and today, for satellite is still the same, backhaul satellite is $150 - $1500, Prime Time. There are other costs, but I will spare you the details since those are not relevant here.

Most Libertarian candidates who ran from 1992 on could have had their own satellite feed.  Clinton did this with a campaign chest then depleted to $50,000 toto.  Clinton was worried about paying for gas since the rent on the Uplink truck was $35,000 a month.  Brock told him not to worry about the gas; he would use the $15,000 to pay the news directors who would look over the content and decide if they want to use on their shows.  This way there was no charge for satellite time.  That is a TV news director’s job; finding content which is relevant to the day’s news events, such as presidential campaigns during the election season, human interest, or even funny.  This worked for Clinton.  At a cost of $600 a day, 1200 news directors received Clinton’s content and decided if they wanted to use it.  Chatting up people in diners, carefully edited by Clinton’s team, provided lots of good content.

In contrast, President George H. W. Bush, ran his campaign as a Whistle Stop Special, greeting a group of supporters, usually about ten of them, who had managed to find him at the local railroad station.  Brock had made Bush the same offer received by other candidates, but it is likely their media director did not understand what satellite was. 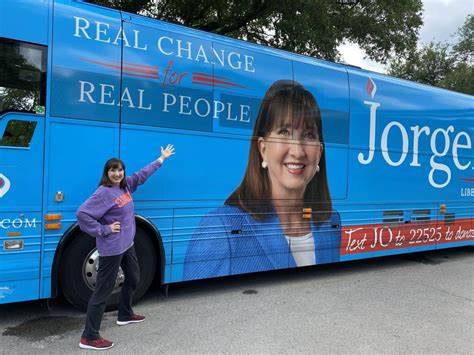 But on November 4, 1992 H. W. was doubtless wondering how he lost.  And he found out.  When Bush Jr. ran in 2000 a full flatcar with multiple TV satellite uplinks accompanied him on his Whistle Stop Special.  We know, Melodee told us.

And, as Brock had told Clinton, with mass audience coverage money rains down from the sky.  And it did.

Today, you can get an Uplink backpack for $5,000.  If Jo decided to use TV, the right choice would be a tow hitch on her RV - and the Uplink trailer.

So, Jo, have a wonderful journey through America and take some pictures for us!

Posted by Melinda Pillsbury-Foster at 5:01 PM