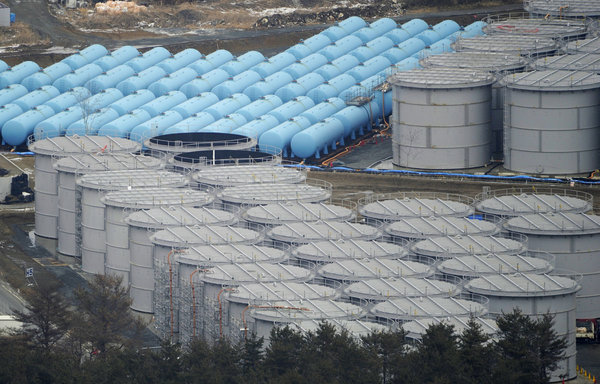 Kyodo News, via Associated Press
Gray and silver storage tanks filled with radioactive wastewater are sprawling over the grounds of the Fukushima Daiichi plant.

Posted by Melinda Pillsbury-Foster at 11:46 AM