May 3, 2013
Exclusive: Media critic Howard Kurtz has lost his job as Washington bureau chief for Newsweek/Daily Beast after a blog post in which he falsely accused basketball player Jason Collins of hiding his past engagement to a woman while coming out as gay. But Kurtz’s journalistic abuses have a much longer history, writes Robert Parry.

By Robert Parry
For nearly a quarter century, Howard Kurtz has served as hall monitor for Washington’s conventional wisdom, handing out demerits to independent-minded journalists who don’t abide by the mainstream rules. So, there is some understandable pleasure seeing Kurtz face some accountability in his ouster as bureau chief for Newsweek and The Daily Beast.
However, the more salient point is that Kurtz, who continues to host CNN’s “Reliable Sources” show, should never have achieved the level of influence in journalism that he did. Throughout his career, he has consistently – and unfairly – punished journalists who had the courage to ask tough questions and pursue truly important stories.

has been Howard Kurtz. Yet, his downfall did not come because of his smearing of fellow journalists – like Gary Webb and Helen Thomas – but rather from a blog post that unfairly criticized basketball player Jason Collins after he revealed that he was gay.When one looks at the mess that is modern journalism in the United States, a chief culprit
Kurtz faulted Collins for supposedly not revealing that he had once been engaged to a 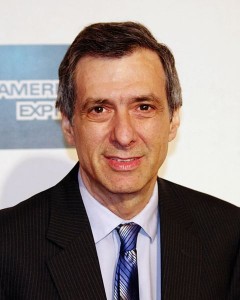 woman, but Collins had mentioned those marriage plans. Twitter exploded with comments about Kurtz’s sloppy error. On Thursday, The Daily Beast retracted the post, and the Web site’s editor-in-chief Tina Brown announced that Kurtz would be departing.

However, Kurtz has committed far more serious offenses during his years destroying the careers of journalists who dared make life a bit uncomfortable for Official Washington’s powerful elites. For instance, Kurtz played a key role in the destruction of investigative reporter Gary Webb, who had the courage to revive the long-suppressed Contra-cocaine story in the mid-1990s.
Working at the San Jose Mercury-News, Webb produced a multi-part series in 1996 revealing how cocaine that was smuggled into the United States by operatives connected to the Nicaraguan Contra war of the 1980s had contributed to the “crack cocaine” epidemic that ravaged U.S. cities. Webb’s articles put the major U.S. news media on the spot because most mainstream outlets had dismissed the Contra-cocaine allegations when they first surfaced in the mid-1980s.

My Associated Press colleague Brian Barger and I wrote the first story about the Contra-cocaine scandal in 1985 and our work was met with a mix of condescension and contempt from the New York Times and the Washington Post, where Kurtz worked for many years. Even after an investigation by Sen. John Kerry confirmed – and expanded upon – our work, the big newspapers continued to dismiss and downplay the stories.

It didn’t matter how much evidence was developed on the Contra-cocaine smuggling or on the Reagan administration’s role covering up the crimes; the conventional wisdom was that the scandal must be a “conspiracy theory.” Journalists or government investigators who did their job, looking at the problem objectively, risked losing their job.

Career Consequences
Journalistic up-and-comers, such as Michael Isikoff (then at the Washington Post), advanced their careers by focusing on minor flaws in Kerry’s investigation rather than on major disclosures of high-level government complicity with drug trafficking. Newsweek’s “conventional wisdom watch” mocked Kerry as “a randy conspiracy buff.”

So, when Gary Webb revived the Contra-cocaine scandal in 1996 by pointing out its real-world impact on the emergence of crack cocaine that ravaged inner cities across the United States in the 1980s, his stories were most unwelcome.

At first, the mainstream news media tried to ignore Webb’s work, but African-American lawmakers demanded investigations into the scandal. That prompted a backlash from the major news organizations. Webb’s articles were dissected looking for tiny flaws that could be exploited to again discredit the whole issue.

On Oct. 4, 1996, the Washington Post published a front-page article knocking down Webb’s series, although acknowledging that some Contra operatives indeed did help the cocaine cartels.

The Post’s approach was twofold: first, the Post presented the Contra-cocaine allegations as old news — “even CIA personnel testified to Congress they knew that those covert operations involved drug traffickers,” the Post sniffed — and second, the Post minimized the importance of the one Contra smuggling channel that Webb had highlighted in his series, saying that it had not “played a major role in the emergence of crack.” A Post sidebar dismissed African-Americans as prone to “conspiracy fears.”

Next, the New York Times and the Los Angeles Times weighed in with lengthy articles castigating Webb and his “Dark Alliance” series. The big newspapers made much of the CIA’s internal reviews in 1987 and 1988 — almost a decade earlier — that supposedly had cleared the spy agency of any role in Contra-cocaine smuggling.

But the CIA’s cover-up began to unravel on Oct. 24, 1996, when CIA Inspector General Frederick Hitz conceded before the Senate Intelligence Committee that the first CIA probe had lasted only 12 days, and the second only three days. He promised a more thorough review.

Sealing Webb’s Fate
By then, however, Webb had already crossed over from being a serious journalist to an object of ridicule. Washington Post media critic Kurtz effectively sealed Webb’s fate with a series of articles confirming Webb’s new status as a laughable pariah.
For instance, Kurtz mocked Webb for saying in a book proposal that he would explore the possibility that the Contra war was primarily a business to its participants. “Oliver Stone, check your voice mail,” Kurtz chortled.

However, Webb’s suspicion was no conspiracy theory. Indeed, White House aide Oliver North’s chief Contra emissary, Robert Owen, had made the same point in a March 17, 1986, message about the Contras leadership. “Few of the so-called leaders of the movement . . . really care about the boys in the field,” Owen wrote. “THIS WAR HAS BECOME A BUSINESS TO MANY OF THEM.” [Emphasis in original.]

In other words, Webb was right and Kurtz was wrong. Even Oliver North’s emissary had reported that many Contra leaders treated the conflict as “a business.” But accuracy had ceased to be relevant in the media’s bashing of Gary Webb.

While Webb was held to the strictest standards of journalism, it was entirely all right for Kurtz — the supposed arbiter of journalistic standards — to make judgments based on ignorance. Kurtz faced no repercussions for disparaging an embattled journalist who was factually correct. (Kurtz’s sloppiness regarding Webb was similar to Kurtz’s cavalier approach to Collins’s brave announcement as the first player in a major U.S. team sport to declare that he is gay.)

Yet, with Kurtz’s imprimatur, the Big Three’s assault on Webb — combined with their derogatory tone — had a predictable effect on the executives of the Mercury-News. By early 1997, executive editor Jerry Ceppos, who had his own corporate career to worry about, was in retreat.

Webb was forced out of his job to the satisfaction of Kurtz and many in the mainstream media. Webb’s humiliation served as a vindication to their longstanding dismissive treatment of the Contra-cocaine story.

Even when CIA Inspector General Hitz determined that, indeed, the Contra movement had been permeated with cocaine traffickers and that the CIA had shielded them from law enforcement, the mainstream media’s focus remained the alleged shortcomings in Webb’s journalism. [For details, see Robert Parry’s Lost History.]

So, while Kurtz and other Contra-cocaine “debunkers” saw their careers soar, Webb couldn’t find decent-paying work in his profession. Finally, in December 2004, despondent and in debt, Webb took his own life. Even after his death, the Los Angeles Times, the Washington Post and other major news outlets continued disparaging him. [See Consortiumnews.com’s “The Warning in Gary Webb’s Death.”]
Hooting at Democracy
As the 1990s ground to a close with the Washington news media obsessing over “important” issues like President Bill Clinton’s failed Whitewater real-estate deal and his sex life, Kurtz and his fellow-travelers were setting the sorry standards for modern U.S. journalism. Many were swooning over the manly man George W. Bush and happily hazing the wonky Al Gore.
Though Gore won the national popular vote in Election 2000 and would have prevailed in the swing state of Florida if all the legal ballots had been counted, five Republicans on the U.S. Supreme Court stopped that counting and installed George W. Bush in the White House – with little protest from the national news media.

That pro-Bush/anti-Gore attitude grew stronger after the 9/11 attacks when a group of news organizations completed an unofficial tally of the ignored Florida ballots, which showed that Gore would have carried that key state. Yet, instead of simply telling the American people that the wrong guy was in the White House, the major U.S. news outlets twisted their own findings to protect Bush’s fragile “legitimacy.”

Out front defending that journalistic malfeasance was Howard Kurtz. He rallied behind the decision of the Washington Post, New York Times, CNN and other heavy-hitters to focus on hypothetical partial recounts rather than what the Florida voters actually voted for, i.e., a Gore victory.

On Nov. 12, 2001, the Post’s headline was “Florida Recounts Would Have Favored Bush” and Kurtz backed that judgment up by dismissing anyone who actually looked at the statistical findings of the recount as a kook. Kurtz’s sidebar – headlined, “George W. Bush, Now More Than Ever” – ridiculed as “conspiracy theorists” those who thought Gore had won.

“The conspiracy theorists have been out in force, convinced that the media were covering up the Florida election results to protect President Bush,” Kurtz wrote. “That gets put to rest today, with the finding by eight news organizations that Bush would have beaten Gore under both of the recount plans being considered at the time.”

Kurtz also mocked those who believed that winning an election fairly, based on the will of the voters, was important in a democracy. “Now the question is: How many people still care about the election deadlock that last fall felt like the story of the century – and now faintly echoes like some distant Civil War battle?” he wrote.

After reading Kurtz’s dismissive tone, it was a bit jarring to examine the actual results of the statewide review of 175,010 disputed ballots. “Full Review Favors Gore,” the Washington Post admitted in a box buried on page 10, showing that under all standards applied to the ballots, Gore came out on top. The New York Times’ graphic revealed the same outcome.
However, based on the “journalism” promoted by Howard Kurtz, any reporter who actually read and reacted to the real findings would be risking his or her career. Thus, millions of Americans continued to believe that Bush was the legitimate winner in Florida when the facts showed otherwise. [See Consortiumnews.com’s “Sandra Day O’Connor’s ‘Maybe’ Regret.”]