The Ethics of a Drone Contractor - Green Hills Software, Inc.

A continuing series of articles written for publication on Drone Free Zone in cooperation with PsychoBusters, a coordinated project carried out to awaken the public to the reality of those presently providing contracting services and products to the military and governmental agencies.

Around January 21st 1998 a meeting, or series of meetings, took place at Green Hills Software, Inc., between Dan O'Dowd and Glenn Hightower. The meeting included on their agenda approval of a false stock option agreement to replace the award of shares made to Craig Franklin in 1996. 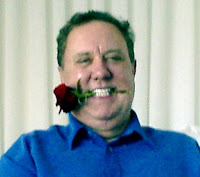 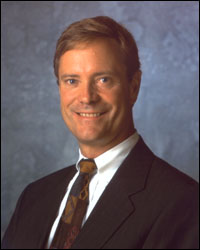 Craig looks far more normal here than he actually is. Despite appearances, he is highly intelligent with an I. Q. of 180, making him smarter than Einstein.
Jack not only looks normal, he looks charming, sophisticated, and intelligent. His resume, which includes his graduation, summa cum laude from Harvard Law, speaks for itself. Jack could be depended on not to shock potential investors with his table manners, too, an iffy proposition with Craig.
Additionally, Jack's masterful analysis for running an in-house division for corporate counsel, “The Reebok Rules,” is filled with sage advice, some of which Jack might have found useful himself.
Now, what motivated John B. (Jack) Douglas III, to go to work at Green Hills, besides money? Jack had received stock when he was working for Apple and, presumably, his income from the stellar corporations, including Reebok, where he held senior executive positions , “helping Reebok grow to over $3 billion in revenue,” also provided substantial remuneration, as did Millennium Pharmaceuticals, Inc.
Each of these jobs seems to have grown shorter in duration. Jack was at Reebok for ten years, the others for far shorter periods, compressed into the time he had also assumed a consulting role with Green Hills.
By all reports, if they are to be believed, it was not any problem with his professional performance which caused him to move on. That leaves personal considerations and, of late, we have had indications all was not normal with Jack's personal life.
On April 17th Jack was arrested for committing an act of, “Lewdness, open and gross, c 272 s16 (272/16)” in plain sight of a family seated for a meal at the Olive Garden Restaurant in Taunton, Massachusetts. The father of the children, an off duty police officer immediately confronted Jack, this leading to his arrest and arraignment. The event took place at 3:49pm. The facts are recounted in the POLICE REPORT.
Evidently, Jack is an exhibitionist, a form of sexual perversion, “known by several names including: flashing, apodysophilia, and Lady Godiva syndrome, according to Thrive Boston.
According to the same site ”Some exhibitionists have a conscious desire to shock or upset the person or persons they are exposing themselves to. In contrast, a high percentage of exhibitionists hope or fantasize that the target of their exposure will become sexually aroused and want to engage in sexual activity with them.


The first part of this accords with Jack's reported activity.
The Defense Human Resources Activity (DHRA) site provides the outcome of studies which state male exhibitionists may be sexually inhibited, or even impotent, this starting before age 18 in most cases. Most common in men in their twenties the impulse supposedly diminishes during the 30s and 40s, becoming less common. Another study found, “that the typical exhibitionist is married, has above average intelligence, is satisfactorily employed, and shows no other evidence of serious emotional problems.132  and that,” The absence of other emotional problems has been a consistent finding in a number of studies. 130 “


The condition is reported to be treatable and treatment programs are available which lower the rate of recidivism to 'rare.' Today Jack is entering his sixties, however, making him somewhat unusual for an exhibitionist.
It is therefore unlikely the incident in Taunton was the first time Jack exhibited himself, raising the possibility his changes in employment and frequent changes of address are not unrelated to this condition.
It is conceivable Green Hills provided a safe harbor for Jack because events in his personal life had overcome him. By leaving Millennium and 'hiring on' at Green Hills he could continue to live in Massachusetts and still have an active professional profile, even if it was one which radically changed his previous, far more prestigious, trajectory.
Also, he did not actually have to live in Santa Barbara and see very much of Dan and Craig but he knew, through his interactions with them, beginning in 1998, the company would cover for him if questions about his personal life were raised. Dan had certainly provided this service to Craig, who was guilty of raping women in his office during working hours, to say nothing of his after hours activities.
And, given the arrest cited above, it is very likely he knew it would be well to have an understanding and helpful employer.
Despite not inconsiderable research on the web there is actually very little to be found about Jack's personal life. Those with which he is associated are better understood as extensions of his professional life.
Unlike his fellow Team members Jeff Hazarian and Jason Issacs, he appears to be uninvolved in his local community in any not-for-profit organization. Hazarian and Issacs both joined Green Hills after the events of 1998 and are in stable marriages. Hazarian is very active in his church. Issacs and his wife contribute and participate in local charities, which other members of the GHS management team, do not appear to do.
In effect, Dan provided a sanctuary for those employees inclined to engage in personally unethical behavior. This became a perk of employment, where it obtained the services of individuals who otherwise would not have tolerated his unwillingness to share profits and a business strategy which included providing weapons used to commit human rights violations around the world.
The score card for the management team can be read like this.

Dan and Craig – Psychopathic.
Dave Kleidermacher and Dave Chandler – Caught by greed and their complicity in Dan's 1998 fraud.
Jack – Sexually Deviant, needs assistance in finding an effective treatment program.
Chris Smith – Unknown.
Tim Reed – Cal Tech graduate, still researching.
Jeff and Jason – Tolerant of the corporate culture which financially benefits them.
Next:
The genocides of the 20th Century and how they link to America's present wars.
Posted by Melinda Pillsbury-Foster at 11:23 AM