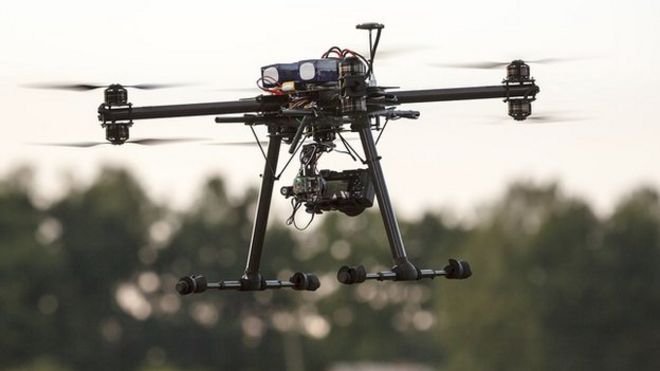 Drones are becoming popular hi-tech toys for many people
A US court has found in favour of a drone owner who sued a man who shot his hexacopter out of the sky.

The drone, built and flown by Eric Joe, was shot down by Brett McBay in late November, 2014.

Mr McBay claimed the drone was over his property and said he believed it was being used to spy on him.  MORE

Posted by Melinda Pillsbury-Foster at 8:51 PM