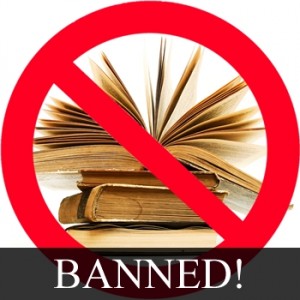 As most are surely aware, the last year or two has seen a growing crackdown on free speech and free thought across the Internet, with our constitutionally-protected First Amendment rights being circumvented through the agency of monopolistic private sector corporations such as Facebook, Twitter, and Google. Although as yet our government has not gained the power to ban discordant views nor punish their advocates, anonymous tech company censors regularly take these steps, seemingly based upon entirely opaque and arbitrary standards which lack any power of appeal. No one really knows why some individuals are banned or “de-platformed” and others are not, and surely this looming uncertainty has imposed self-censorship upon hundreds of individuals for every publicized victim who receives an exemplary punishment.  MORE
Posted by Melinda Pillsbury-Foster at 2:23 PM No comments:

Posted by Melinda Pillsbury-Foster at 2:44 PM No comments:

White People Have to Pay Bribes in Order to Get Their Kids Into Universities
Or the Kids have to pretend to be black
Prosecutors said in court on Tuesday that some students also lied about their ethnicity on applications to take advantage of affirmative action.  This charge by prosecutors proves that whites are discriminated against in university admissions.  Claiming a non-white ethnicity improves the likelihood of university admission.  How is this practice of discrimination against white people consistent with the 14th Amendment’s requirement of equality under law and with the statutory language of the 1964 Civil Rights Act?
The presstitute media pretends that the issue is one of rich white people paying for special privilege.  This is a transparent lie.  The real issue is that white applicants are discriminated against in favor of those granted special privileges by “affirmative action.” To compete on an equal footing, white applicants have to use money.
https://www.dailymail.co.uk/news/article-6799945/Lori-Loughlin-Felicity-Huffman-implicated-massive-college-entrance-exam-cheating-scandal.html
Posted by Melinda Pillsbury-Foster at 11:00 AM 2 comments: 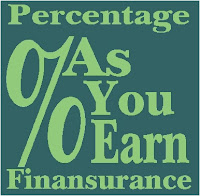 Check out %PAYE
Posted by Melinda Pillsbury-Foster at 1:09 PM No comments:

Get ready to escape from the FRN of Disaster

Our presider, Brock d’Avignon, pioneered free-market van transportation for the blind, handicapped, elderly, and injured in 1973, plus several inventions and the “as-the-crow-flies” econometrics to make it attractive for local businesses to underwrite to increase their number of customers.
Until then, 90% of all handicapped people were called “shut-ins”. Today, you never hear the word, but you do hear para-transit and dial-a ride to sponsoring grocery stores and medical centers with both taxi and bus functions. Those shut-ins now earn incomes outside their house. PRIDE Industries gets contracts with electronics and other assembly companies to train handicapped people in various work that they can continue to do with their van transport and van’s usefulness to income-earners to buy items. That’s the point of Health Portal and Human Investments with a profitable return-on-investment to tool-providers that is often more than just investing in tools, buildings, vans, and entrepreneurs. A compassionate capitalist community can result from pride in home ownership, self-sufficiency accommodating health physical issues while solving medical and psychological issues of working people.
The overwhelming majority of problems confronting half of low-income, homeless Americans are self-medicating with drugs and alcohol. For most of these families on the streets, and 17-million living in vehicles -- the origin of their condition was the mortgage fraud which made them homeless. The steps taken to steal the homes of Americans were seemingly unlimited.
Foreclosures took place using fixed-payment mortgages in what is called “conventional finance.” Since 24% of such long-term major loans are routinely defaulted due to the standard practices of the banking industry this is not unexpected.

The ‘reforms or accommodations’ proposed by both the industry and government include packing at least 8 people into Section 8 government guaranteed housing so there are enough incomes in it to pay a fixed amount every month. This questionable solution to the problem originating with fixed rate loans crowds some neighborhoods.
The Banking Industry automated the process of foreclosure with robo-signing, MERS, or stringing modifications out to get government subsidies, or just making money off stealing the equity of people while accepting 80-cent “dollars” from the Federal Reserve to re-loan out, to make up their 19% default losses as was done by Citibank, and Bank of America in 2008 when throwing hundreds of thousands of people out of their homes because they could keeping their “Special Investment Vehicles” of rigid fixed payments mortgages in flexible stock packaging. “Crazy,” as Warren Buffet wrote to Ms. Tavicola who thought these installment-based derivatives up.
After enough people howled to politicians, and TARP was added to FHA, VA subsidies and tax deductions, Sallie Mae and Freddie Mac going bankrupt, and inflationary Quantitative Easing, people with $750,000 mortgages and all others resulted in 92% of all house mortgages being sold to the government. No one has bothered to calculate the cost of the Bank manipulations to American Taxpayers, who are paying several times over for actions which to any rational person appear to be criminal in intent. The US government now owns $558-trillion of them listing them as assets in black instead of debt in red. Compare http://www.usdebtclock.org/ and http://www.usdebtclock.org/1980.html to see their absence, and average Americans had $60,651 assets private and public per person, and $7,789 in personal debt an 8:1 ratio; while today an American has $407,476 in assets, $56,551 in personal debt appears to have a similar 7:1 ratio until you notice another $888,093 in liabilities per taxpayer, actually 0.4:1 ratio underwater in red ink. Yes, politicians, taxes, currency manipulation/easing, and installment payment defaults have done this to each of us.
In 2016, the Federal Reserve Note (FRN), when subtracting these debts was worth 1.5-cents. Our enemies and allies have created the Asian Infrastructure Investment Bank (AIIB) in May of 2017 to create an alternative reserve currency that is backed at 70-cents and rising with gold, coal, uranium and the economies of our former allies.

Today, March 2019, there are 86 nations by treaty and 209 of the world financial institutions which have joined the AIIB.  Ten more nations are pending.  Its operations are now operational with $800M.  The People's Republic of China owns 28% of it.
Only Japan and the Republic of China stayed with the US sponsored Asian Economic Bank and the FRN. The dollar is only valid for backing anything after the 2017 G-20 meeting inside the USA, and is an illusion backing anything overseas. There are only two personal things we have left of value in this badly architected house of cards: One, is being able to mortgage and pay back our each of our futures in a way where equity contracts cannot be broken by a few installment defaults, nor distorted by what happens to the money supply, and that is a percentage-of-income PAYEment system.
The Second thing that was decided by world leaders was that clean air, water, and soil are valuable real assets as determined by both President Trump in withdrawing from the Paris Climate Accords, and by 100 nations that already recognized their environmental assets or lack of taking care of their own areas is the fault of their own culture. We can change ours.

Visit %PAYE and get ready to move your assets to a free economy.

Posted by Melinda Pillsbury-Foster at 12:12 PM No comments: