The past is gone.  That said, the solution to what we face as America's economy struggles against the predatory machinations of corruption on the part of both government and corporate interests can take us to a future which fulfills the promise which remains, America. 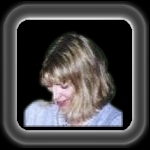 
In 1971, Reason Magazine ran a blurb quoting Milton Friedman on a charging tool he called Pay As You Earn.  The charging tool was being used at Yale and Duke University to make it possible for minorities, women and the disadvantaged entry into Ivy League colleges.

The next year, Brock d’Avignon read an ad using a tiny reprint of this, run at ¼ size.  After four years of research on percentage of income financing methods, Brock called Dr. Friedman.  The conversation lasted about 45 minutes which has never, until now, been make public.  By the time the two had cordially said their goodbyes, Brock had changed the name of the income-contingent charging method used by Friedman to “Percentage As You Earn (PAYE), Finance & Finansurance”, the latter word describing financing risks.  Friedman, considering this, said, “I like it, it’s much more to the point.”  Brock injected, “Then that is what I’m going to use.”  Dr. Friedman exclaimed, “I love it – go for it!”

d’ Avignon spent the following decades researching the history of the charging method he discovered had a long history in America, from the earliest colonial times into the 21th Century.

Brock d’Avignon, then 18-years old, and working on designing and manufacturing the first van transport vehicles for the handicapped, then known as ‘Shut-Ins.”  The company he started, with funding through Manufacturers Bank of Beverly Hills, was Orion Transport for 8 modified vans.  Brock had already designed a modified maxi-van, to be produced by RoyceMobile with wheelchair-lock inventions and straps; and air-conditioning modified to the back for full vehicle delivery by Dodge.  After Brock’s 51 attempts to find insurance, Frank Scortt, Brock’s mother’s insurance agent for State Farm, volunteered to help and finally obtained a policy from Quinlan Insurance.  This was the first arrangement for insurance coverage for van transport of blind, handicapped and elderly in America.  The year was 1973.

Because Brock was committed to do his two years of missionary work for the Mormon Church in Florida, he turned operations over to an older businessman he trusted.  This coincided with President Nixon’s state block grants to state agencies as “New Federalism”, including transit authorities which destroyed the then healthy private bus services in California; and 2 years later included transport for handicapped at a subsidized price.  In Orange County, 13 privately-owned bus lines were put out of business.

Brock was well aware of Nixon’s questionable activities, having witnessed the delivery by John Connolly of briefcases and satchels to Nixon, Ehrlichman, and Haldeman in the Southern California GOP Headquarters on Wilshire Boulevard in late 1972.  The previous year, d’Avignon had received a check for $1,000 from C. H. Hoiles, owner of the Orange County Register for rebutting Hoiles’ contention young people were doing nothing for freedom.  Part of the money was spent on gas and fan belts for demonstrations, $800 went to OC-YAF for their chapters’ use.

Brock’s New Horizon, an 8-page youth newspaper supported by its advertising, was published monthly in June – August of 1971.

Western Growers Association (WGA), their headquarters was also located on Wilshire Blvd., Brock met with them for an article in July of 1971, which was to be a series, on their conflict with Cesar Chavez. The WGA leadership revealed to him their plan to have Chavez incarcerated.  The first article did not cover this – but d’Avignon made a phone call to Chavez to save his tail and preserve secondary boycotts, an essential tool for those consumers and laborers otherwise without power.  (See Article)

As Brock’s research continued, he found himself blowing the dust off of 375-year old sailing ships manifests, carrying cargos to England from colonists to Merchant-Adventurers in England.  These colonists were known as Redemptioners of Debt, 1-million of them, who chose to borrow the funds needed to cross the Atlantic, buy tools, have a grubstake for themselves and their family, and make new lives in what we know today as America.  These entrepreneurs wiped out slavery and indentured servitude in New England and New France within a generation.  By the time of the Revolution it took only three years to pay off these loans at 7% of income.  The records documenting the impact of %PAYE were there.   He followed the use of the same formula for Privateers during the American Revolution, a war fought using this same charging tool which allowed those risking their funds and lives to make victory possible.  The number of people in 20 functions aboard ship, are analogous to highly motivating medical providers today with genuine economic incentives for wellness and long-lasting curative care.

Mountain Men carried out their trade thousands of miles away from those who made their needed funds available and these were repaid reliably.  Country doctors made health, epidemic prevention, and medical care affordable for all using this free market charging method.

In the 20th Century, PAYE was used to encourage minorities, women, and the under-privileged to enter the Ivy League in 1970 with a combined cohort of 2600 students.  The first student to pay off his tuition postponement option loan from Yale was Bill Clinton, who understood exactly what %PAYE made possible.

Brock took his research and the results to free market thinkers, economists, and activists across the country.  These included Jack Kemp; William E. Simon Senior, former Sec. of the U. S. Treasury; William H. Donaldson,

In 1986, John Fund was the only person who did not greet PAYE with astonishment and enthusiasm. d'Avignon's insights and work was never mentioned in his rehash of %PAYE's use only until 1970 plucked from an older WSJ article.  No WSJ article recognizing d’Avignon’s then 14 years of research and the reaction of his supporters, would ever appear – but this is easily explained because Fund was actually an agent in place for the NeoCons.

%PAYE is a charging method which used, results in a sustainable, humane economy because it reduces volatility in the economy, and handles personal erratic income realities.  This flexibility allows lives to remain stable.  Foreclosures on homes end.  Repossession of vehicles ends. People struggling to survive and pay their bills, in economies run to ensure volatile ups and downs, which benefit only the elites, do not happen.

The research by d’Avignon over the coming decades, and the growing support among advocates of freedom and social justice activists can be read at PAYEhome.org.

Posted by Melinda Pillsbury-Foster at 1:08 PM