Picturing Miracles of Plant and Animal Life - by Arthur C. Pillsbury, 1937 A Review by Melinda Pillsbury-Foster 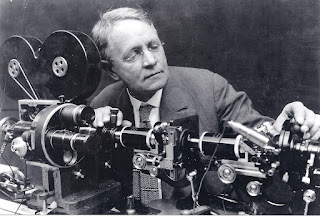 Written for publication in 1937, Picturing Miracles of Plant and Animal Life, extended human vision, enlarging our scope for understanding in all directions. The book includes Pillsbury's inventions of cameras that made the world as it was into the world we know today in all areas of science and also in our general views of how we see ourselves in relationship to the natural world.

The book begins with lapse-time photography, recording the entire life cycle of plants, beginning with the delicate species of wildflowers that filled the floor of Yosemite when he first entered the Valley in 1895, still a student at Stanford University. From there, he takes you into the process of pollination and then begins to explain the steps he took before building the first microscopic motion picture camera in 1925.

From there, using his camera, he journeys into the very different world of cactus and succulents, explaining how he brings them to life before your eyes and examines the leaf, the tool that converts light to life, again using these tools.

Bread mold is also explored, its powers so elemental to all human cultures on Earth.

In 1929, as America was descending into the Depression, he invented the X-Ray Motion Picture Camera. Again, a world which the human eye could not see or understand. And in 1930 Pillsbury invented the first truly underwater motion picture camera, opening up a world still alien to human eyes.

In Chapter XI, Marine Life, he begins with, “Of all subjects for research work, the ocean contains the greatest number and forms. Hardly a drop of water but contains some form of life, many of them most beautiful and interesting.”  He goes on to describe these in beautiful prose, awakening your curiosity.

His love and awe of the natural world comes through to the reader over and over again.

In Chapter XIII, he explores the life of a fly in its natural habitats, describing this with dispassionate sympathy for the pig plagued with flies and the fly’s laying of eggs, which are, he reports, “are about twice as long as their diameter, shining white. They hatch in eight to twelve hours, depending on the temperature.”  This is the beginning of the entire life cycle, described in Crystals forming in a drop of water as the water evaporates and viewed with the compassion in just a few lines.

Then, he explains technicolor film, the varieties then just coming into the market and provides advice on using these and also what he has discovered. “One short picture I made last summer showed definitely that protoplasm does pass from one cell to another, which is still a disputed question with biologists.  Crystals forming in a drop of water as the water evaporates and viewed with polarized light as the most beautiful objects I have ever seen. All the colors of the spectrum shoot from the drop.”

After reviewing previous theories horticulture, he begins to discuss the elements which must be present for plants to achieve optimal growth. These plants were grown in water with the nutrients for optimizing needed their health always available.

The book is filled with photos from his studies and experiments from the course of his career.  You will also notice that the book precisely describes how each of these inventions was made, making it impossible for anyone to claim a patent on his work.  He referred to this as placing work in the Knowledge Commons, a different path into the future which focuses on enabling human progress over profits.

In 1937 Pillsbury knew what we would need so desperately today. He was a man who loved humanity and wanted the best for us.     Download a free PDF of the book from

Posted by Melinda Pillsbury-Foster at 10:39 AM No comments: