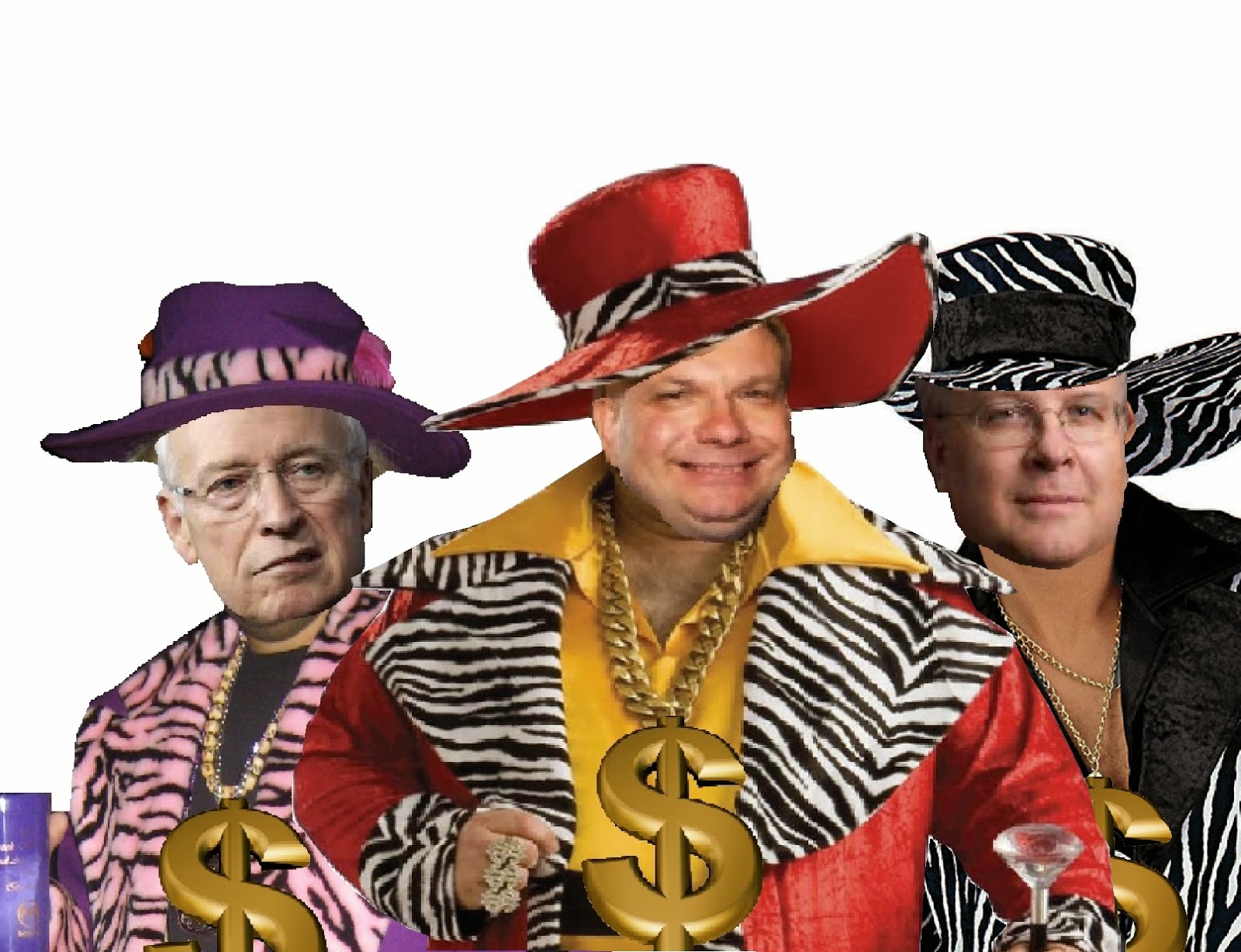 It is ironic that John Fund claims some kind of victory by pointing out a highly marginal way of stealing a few votes via the unusual opportunity of finding unused ballots. In his recent article, James O’Keefe Strikes Again, the back slapping was thick and gleeful.

James O'Keefe, again, scored a media event in these last days before the coming election. This time he was not dressed up in his pimp dudes, but he should have been.

The election would have to extraordinarily close for this kind of voter fraud to matter. Argument like these are like blaming the national debt on shop lifting by senior citizens. It happens, but it is rare.

The Big Game is being run by the Number Two Man on Fund's own speed dial, Karl Rove. Stealing Elections was essential if the Number One Man on Fund's speed dial in the same period, Dick Cheney, of Halliburton, was to win and so become even richer. The three are linked by common interests as well as a solid and long term friendship. They scratch each other's backs, as the expression goes.

When John beats up a woman, or otherwise misbehaves, they are there for him.

Fund, having made himself a kind of a 'reputation' for pimping the idea of Voter Fraud lays it on thick and cheesy in his article.

The other side, located in Colorado, make themselves look pathetic because a NeoCon had to give them this exciting idea – and these twits golly gosh, gee'd all over James O'Keefe instead of showing him the door.

Franklin’s state director, Meredith Hicks, told O’Keefe that committing voter fraud using unused ballots was perfectly okay. “That’s not even lying or stealing, if someone throws out the ballot. If you want to fill it out you should do it,” she told O’Keefe on tape.

Note: Cheating is always wrong. It destroys trust in the integrity of the entire electoral process and is repulsive in anyone.

That said, can't you see this woman rooting round in people's trash cans looking for those ballots? How would you know when they would appear? Many of these ballots will end up in the trash, but only after election day. “Oh. Never mind, that was yesterday.” Others will be used as grocery lists, book marks, made into paper airplanes and other purposes for which they were not intended. Some will also be used for voting.

Really, it makes you cringe.

There is a magnitude of difference between this level of electoral dishonesty and the Big Game. That is where the real money is and this article is evidence John Fund is still Pimping for the same folks who profited by murdering a million and a half Iraqis, killing off babies doomed by the effects of DU to short and horrible lives, and other war crimes galore. Remember Bush and his administration's excitement over 'rendering' people?

You can't say Fund is not consistent. So are No. One SpeedDial and No. Two SpeedDial.

To get the money you have to win the election and if you are Dick Cheney or George Bush you can't win unless you cheat.

Rove is not into retail, he is all about Whole Selling out America with Ballot Fraud via cool electronics. He has made millions this way. Cheney, No. Two SpeedDial, made billions.

Fund and Friends are all Pimps. They should dress the role.


Posted by Melinda Pillsbury-Foster at 4:25 AM