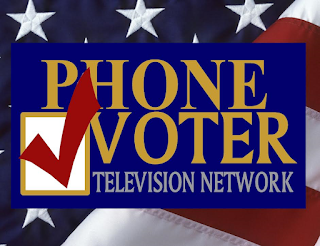 No. The Founder of PhoneVoter knew Clinton had not won the election fairly, but by fooling voters. 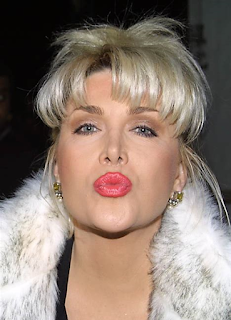 Read everything I wrote, which included PhoneVoter (PVN).  Also, look at Stealing America

The PVN site is the history of the impact of any Interactive options made available to the audience. We still do not have effective, non-censored mass 2-Way Interaction.  See the program used by PhoneVoter in 1992. The Unedited Presidential Candidate Speeches alternated every 15 minutes 16 hours a day with cumulate phone tallies.

Here is a clip from the PhoneVoter’s  Unedited Presidential Candidate Speeches.

It is now generally forgotten that in January of 1992, then President George H. W. Bush initiated the first CBS phone poll.   CBS contracted with ATT for 300,000 touch-tone phone telepoll calls for AGREE(1) DISAGREE (2) during the State of the Union Address on January 20, 1992. The results were to be posted live.

On January 21, 1992, Phone Voter TV Network was founded by Brock d’Avignon. He immediately saw what was possible.  In one month, he had arranged for $500,000 of satellite time, as a lost leader with Keystone Communications, Inc.  The company was number 4 for the 20 million Cu Band satellite dish receiver customers.  All 20 million could pick up their feed, if they chose.  Keystone dedicated 4 of their satellite transponders 16 hours a day.  They were advertised on “Satellite TV Weekly” and “One Sat Guide”.

Brock understood the significance of broadcasting television. The telephone routers being unable to keep up with microwave broadcast television. Therefore, to launch PVN he needed a smaller audience, cable or satellite, both on the rise.

CBS’s exciting touch-tone voting innovation caused a massive kluge which focused attention on the out-of-date lazy monopoly  ATT wanted CBS to pay for all 29 million calls made and the damages done to their infrastructure.

One million got through; 7 million got a busy signal; 21 Million phone callers heard their phones go dead, as 14 Bell monopoly routing systems collapsed, crashing the phone companies, these being regional and all part of the Bell System.  This was a monopoly authorized by Congress in 1936. The CBS response to ATT was, “We only contracted for 300,000 Touch-Tone responses.  We can’t help it if your out-of-date lazy monopoly can’t keep up with television that was invented 50 years ago!”

Now, everybody knew ATT was old and sloppy and not up to the new wave of technologies which had been around for 50 years.

In 1977 a young college student called Microwave Communications Incorporated (MCI). They had mobile radio telephones.  This was outside the control of the Bell monopoly.  The owner of the company had announced publicly he wanted to break up the Bell Monopoly.

Calling MCI, the young student got through the switch board and was routed to MANs secretary.  Explaining what he was calling about, once more, the young man was put through to William McGowan CEO of Microwave Communications Inc.

Introducing himself to McGowan, Brock d’Avignon at BYU.  “I am a communications student, and the Communications Director for the Society for Individual Liberty at BYU with 125 members. We would like to encourage you to make the fight to bust up the Bell Monopoly.”

McGowan said, “I’ve been a little bit  ambivalent about going ahead with this battle.” The young man said, “For every principle of freedom you can think of I encourage you to go ahead, whether it is couched in Constitutional terms, or not.  Amendment I

Congress shall make no law respecting an establishment of religion, or prohibiting the free exercise thereof; or abridging the freedom of speech, or of the press; or the right of the people peaceably to assemble, and to petition the Government for a redress of grievances.

There are now 70 Federal Volumes of law books on communications, I would encourage you to go ahead  in competitive free enterprise that will create better technology than what we have now.  We will also have liberty.  If there is anything we can do to help you, please let us know.”

McGowan responded, “Like I said, I was not sure I wanted to get into this fight or not, but kid, you have convinced me.  I’m going ahead. Thank you.”

In 1936 all other existing companies had been ordered to sell to Bell, this including their all their equipment, a forced liquidation.  Service suffered across the country.

The owner of one company, who developed and owned the patent to the touch-tone phone, refused to cooperate.  Determined to retain the patent the owner inventor sold off all his equipment to a company in Argentina for 10 cents on the dollar but retained ownership of the patent.  All the money the owner made was dedicated to defending his patent, which he did for the next 30 years.  After he had died in the late 1970s, his heirs sold the patent to the Western Electric System/Bell Labs/Bell (Monopoly) System, most of these in the Mid-West.

There had been a long train of inventions from the private sector starting with the invention of the telephone in 1876.  The Federal Communications Commission was started in 1912 at the demand of the U.S. Navy, who viewed this as essential to their military mission. The Progressives also supported the establishment of the FCC.

After the end of WWII innovations resulting from advances in technology were introduced from small companies entering the growing market for phone and other communication services if they could persuade the Federal Communications Commission the company would be serving a new or underserved market.

Posted by Melinda Pillsbury-Foster at 2:42 PM