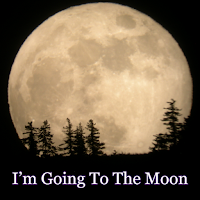 The non-initiation of force or its capability was wise. However, no distinction was made for intent in the inclusion of prohibiting mere explosives or deflectors in Space. This was sophomoric and was moronic from the asteroid defense point of view of point defense and zone defense for deflection of more solid ones.  High school sophomore students noticed his deficient thinking in 2001 of more than war.
At the time, Admiral Cebrowski, in charge of Military Transformation, was building a global satellite & separate  Internet for controlling recon and attack “drones”.  There was never a debate about these as a provocation for war or other blowback except by Congressman Ron Paul and his son Senator Paul who called for a moratorium on their use at least until they can be technologically able to not kill 9 nearby people to every target person. Such targets should be subjected to Constitutional Article One Marque & Reprisal and privateering. Paul twice introduced a privateering resolution against Osama Bin Laden but was asked to stand down because of Bin Laden’s CIA connections; and later it was used as a challenge to Senator John McCain to be serious about going after him.
The primary programmer of these death drones is Green Hills Software, today 2nd rate compared to auto-guided 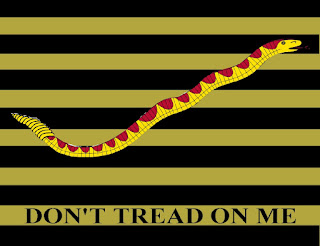 cars by Elon Musk’s Tesla, but still has 18 of 20 carmakers using Dan O’Dowd. Autopiloted planes and palm pilot controlled autopilots of airliners were advanced or used by O’Dowd and Craig Franklin, and suspected in alliance with John Fund, and Dick Cheney on 9/11/01.  See HowTheNeoConsStoleFreedom.com
Trusting governments to protect you is foolish. Death from Above is by commission or omission is something that can be coped with by the free-market. See EarthPathDefense.com for subscription defense, and STARCO.info to collateralize the Solar System in parcels as a birthright for every human or sentient being born for the next 200 years.
I put together the 1st A-team for the Strategic Defense Initiative (SDI) in 1978 because too many ICBMs and the high ground were vulnerable to fascist business-government partnerships and socialists. It’s the capitalist Volitional tool-provider that are for peace, freedom, prosperity, and non-initiation of force. When aggressors position offensive tools in Space, then you can counter them. This can be done by subscription defense using Percentage As You Earn Finance and Finansurance for the 4% that care to defend cities.  See PAYEhome.org/tool-kit for how ladies with gold pieces successfully created a 792 ship defense against the East India Tea Company  and British Royal Navy, by capturing 3,100 of them, twice.
Everything Georgie Washington had to fight with, was captured. Others were sunk. In modern times see Frances Brake Heisler HeislerPeaceAcademy.com   promotion of genuine defense, Ronnie Reagan against MAD, General Graham of the High Frontier Foundation and his adjutant, and speechwriter Dana Rohrabacher, and myself Brock d’Avignon.
Other ladies are concerned, see Women Leading Interactive Television Network (WLIT), as a 2-way iTV nationwide way to discuss solutions. Invite yourself and Kucinich to say hello to host/produce an iTV series.
Thank You for recycling a good idea to pull back from war machines on high, or artificial intelligence having other ideas Colossus or SkyNet. There is no censorship and you will have to engage with all opinions. ChiComs and Putin have their own deadly agenda to thwart. We chewed up 20,000 of 40,000 warheads with the Nunn-Thompson Megatons for Megawatts Treaty in French & German reactors before Putin abrogated it in 2015 after 20 years. Half, not bad, and warheads can be placed far enough out to be useful for asteroid defense and not a threat by a hijacker. Otherwise nuclear explosives are good for mining making Humanity wealthy with Rare Earth Elements. These are all areas Kucinich did not address and could have. His governmentality as the only agenda setter was also a handicap, but at least he tried. He can try again older and wiser.
If you’d like to lead, I will assist your efforts. Brock@Freedomi.tv
Posted by Melinda Pillsbury-Foster at 2:37 AM