The Financial Advice You Really Need – A history lesson

The graph below is from an article by well-known financial savant Bill Bonner pitching his latest round of advice. “Forget the coronavirus,” says MIT- and Yale-educated tech wizard Jeff Brown. “THIS is the Second Wave Americans should be worried about.” 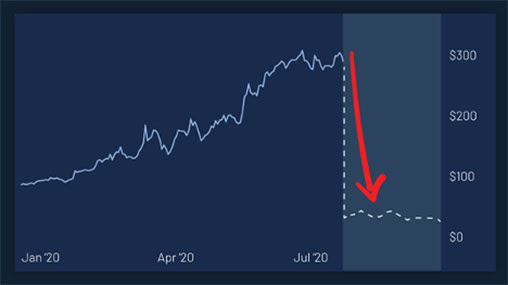 In 1923 Germany experienced a wave of hyperinflation which stunned the German people, still exhausted from the prolonged war only a handful of years behind them.

America’s hyperinflation will be worse.

Many of you are still focused on the recent election and I have a fascinating insight by Hart Williams which Trump supporters and or Libertarians will want to consider.

Hart first contacted me about the cheating ways of Howie Rich, the Capo for Ed Crane.  I know that is too ancient for any of you to remember that first take-over of the Libertarian Party, money provided by the Kochs.  (The thought flickers through your mind, “Who is Howie Rich?”, and Melinda kindly informs you that he ran those first Ballot Access Drives for the Libertarian Party during the Clark Campaign in 1979 – 1980.   You might remember Ed Crane as the head of Cato Institute, dumped by the Kochs when they took firmer control of Cato.

Ed Crane told Gail Lightfoot in 1977, as she and Karl Bray shared a short elevator ride with Crane at the National LP Convention that he was, “going to DC and become wealthy.”  Did you know Crane received stock in Cato and a half-million a year in salary?

The free-market was never mentioned at Cato, but you probably did not notice that since they write prodigiously about subjects they define as ‘freedom-oriented”.

Hart contacted me around 2007 because he wanted information on Howie’s later work which included overseeing the establishment of many of the organizations which drove Americans to positions not one-bit free market.  All of these were the work of Howie and his cabal of former Ed Crane brown-nosers.

Hart notes that he did not expect to write an article about the election but was asked by his editor to do so began the interesting piece with this, “OK. Nothing to see here. Move along move along. Blue won. Or did they?

Let me engage in a bit of rational, logical conspiracy theory*.”  Hart goes on to show the numbers do not add up, therefore, the very recent election was stolen.  Hart despised Trump so you might want to look at the article. https://themoderatevoice.com/where-are-all-those-votes/

That was certainly no surprise, was it?

Now, let’s get back to the graph above and consider what that forecasts for America’s economy, which, such experts as Bill Bonner, Austin Root, Doug Casey, Ron Paul and other eminent Money Minds which seem to give the socialists a victory lap.  Note:  All of you must immediately buy gold and three of six stocks having to do with the Cloud – that these Money Minds have no idea why such massive profits are in the offing.   We do.  Later, we will discuss the technologies of Reality Activist Gaming TV (RAGtime TV).

Each provides roughly the same advice:

Buy a place which is very remote from urban centers; stock up will everything you essential for a period.  (Bonner appears to have joined Doug Casey in Argentina.) This varies from two months to two years.  Arm yourself and do not forget the extra ammo.  This is generally implied, but an important point for you to consider. Put in a garden and grow your own food.  And invest in:  A list of stocks is then itemized to cash in before Dooms Day.  These harbingers of glad tidings then tell you to buy more gold as well.

Do you ever hear mentioned the 1923 hyperinflation which hammered Germany in the wake of WWI?  That is what you can expect, but worse.  Go to Deagel.  You do not have to scroll very far, look for Number 8 to see the prediction for the drop in population for the USA by 2025.  The population predicted is 99 Million in 2025, an astonishing 70% drop from the population today of 326 Million.  Deagel is run by covert security experts and has been tracking these expectations for at least three years.  They include every potential impacting event that can go wrong.

The Deagel Folk have no more solutions than the Money Minds.  But we do. And our solutions are not speculation, they have been proven to work for all of us, not just those with enough funds to be of interest to these Money Minded gentlemen named above.

As you see from the recommendations made by the Money Minds, those who have money, will become wealthier and enough of us will make it through so that a work force still exists, one which is properly subdued and chastened.    That will probably number about 98% of those surviving, bringing the ratio into a slightly different balance.  But if you survive have no doubt who is really in charge and remember what you did to ensure you did to achieve that goal.  It will not be pretty for any of you. 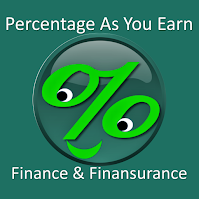 We have an action plan for you to consider: This begins with the original financing method which made America a powerhouse for prosperity from the early colonial times until the Federal Reserve was founded in 1913.  Surprised?  You likely did not know there was a change over.  But there was.

The original tool for financing followed the advice then expressed by the Pequot, Powhatan, Iroquois, and Naragansetts, which would not be provided for several hundred years, by Dr. Milton Friedman.  That was, “If the only certainty in business is uncertainty, then we should base our financial systems on uncertainty.”  This succinctly describes the loan tool which brought One Million immigrants to the New World before the American Revolution.  The borrower pledged a percentage of his or her income for the expensive passage, tools, and a year’s grubstake to get started.  Ah Ha!  You think.  They were thousands of miles way.  These loans were not usually repaid, right?  Wrong.  The default rate was so low it is impossible to calculate.  But it was less than .5%.

Those immigrants started businesses and sent shipments back to England.  Our Econometrician found manifests in ships books showed their 7% obligation, Bound for England (BFE) by the ‘Redemptioner of Debt’; and 93% Free On Board (FOB) for an agent to sell in England for exactly the same free person.  Since the immigration of free persons was growing; while and slaves and indentured servants were not much motivated to work, the %AYE system also displaced slavery and indentured servitude wherever used.  Naturally, you never heard of it, as it also proved government was not essential in ways they wanted to become.  If associations of Merchant-Adventurers can make a tidy profit from investing in the kinds of people the Crown much wanted disposed of, then from their perspective it was a great deal all around.

When the Crown tried to assert authority in those years before the Revolution, the colonials were outraged because they knew perfectly well the British government had done nothing for them – and their loans for passage and establishing themselves were long since paid.  See PAYEhome.org 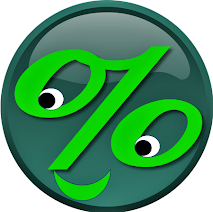 Earni is the Icon you will be looking for when you decide to either convert your present RIP loan or get health care you can neither lose because you lost your job, seemingly can’t afford it at the moment, or need treatment, when the RIP insurance company does not think you are worth.  We think you are worth it all the time.

Sign up today to become a modern Redemptioner, converting your existing loans to Safety Net Financing, which charges Percentages As You Earn (%AYE) This includes Financing and Finansurance, so you are covered for all eventualities you want to take into account.

The Rigid Installment Payment, the only charging tool you know exists, is the Federal Reserve System (FED) tool which allowed the government to accumulate 92% ownership of the loans on our homes, which is nearly all the Treasury holds as assets to back the Federal Reserve Note (FRN). Rigid Installment Premiums that are unaffordable either privately or by government are also cancelable just when you need it.

When you consider this assertion you will realize it is absurd.  As Milton Friedman said, “When the only certainty in business (or life) is uncertainty, then we should base our financial systems on uncertainty.”  Today, erratic incomes (uncertainty) are the rule, not an exception. Providing for uncertainty creates a financial system which is resilient for everyone.

When we are on our way to having 10,000 (besides you) sign-ups for %PAYE Finance and Mutual Finansurance for income-contingent contracts; we can attract investors who urgently need a place to invest so their money to disappear in hyperinflation, any more than you want to lose your house or car to the foreclosures and repossessions which will likely begin in January 2021, right after Christmas.

Be well – and Be Free! Melinda

Posted by Melinda Pillsbury-Foster at 8:09 PM