New Yorkers awoke this morning to the remarkable and horrific news that one Malik Taylor, “a dean at the Business of Sports High School” who “had been working with children for close to a decade” had been charged with and had confessed to multiple charges of statutory rape, among other criminal acts. As he was appointed to the position of dean, any reasonable reader would be forgiven if they assumed Taylor was a teacher.
The reality that a 31 year old man, described as a “former staff member” employed in what one reporter acknowledged as a “position of power”, using such a position to sexually manipulate teenage girls entrusted by the city to his care is, needless to say, reprehensible.
But that is not what is most remarkable about this story. What is most remarkable about the story are the questions that no one — neither reporters nor official city investigators – bothered to ask. What is most remarkable is that the story, seen in it entirety, provides a portal into one of the many hidden and wholly unreported effects of Mike Bloomberg’s much flaunted leadership and organizational reforms: especially the order that transformed principals from educators leading schools into CEO’s running corporations, removed the oversight of superintendents and created the incomprehensible Network as their guiding and mentoring force. The order, that is, that seems to have removed complete accountability from principals, superintendents and the Network.
These are effects that education reporters are unaware of either because they do not know or are contemptuous of education law, policies and union contracts. And these are effects that are very carefully sidestepped or outright ignored by the Office Of Special Investigation, charged with investigating allegations of criminal activity in New York City Public Schools.
Most importantly, they are effects that reveal the true nature of Bloomberg’s reforms and as such should strike rage and disgust into the heart of every parent entrusting their children to Michael Bloomberg’s Department of Education.

I am one such parent. 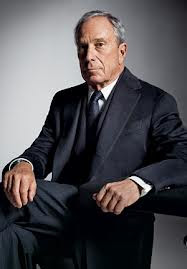 In the case of Malik Taylor such ignorance or sidestepping leads to neither of these alleged watchdog institutions to ask the most vital question concerning these horrific allegations: how on earth was Malik Taylor, a non-pedagogue hired as a “community associate “ (a nebulous clerical position created by the Bloomberg administration ostensibly to have something to do with the community and nothing at all to do with children) allowed to act in the extraordinarily sensitive and important role of dean? How is it possible that a non-pedagogue with no credentials or qualifications whatsoever could assume and maintain a position that, legally speaking, can unambiguously be held only by a certified teacher? How was this possible that a violation of city, state and NCLB federal laws well ( as the UFT contract ) could go unnoticed and remain unnoticed until the allegations against Malik Taylor were lodged?
Consider: in the entire Daily News report the OSI makes no comment whatsoever about the travesty of Taylor holding a teacher’s position ( dean ) allowing him into the psyches of the teenage women he had his alleged sexual encounters with. It’s as if it of no importance. The same goes for the NY1 account.
How is any of this possible ?


New York city public school parents have the right to assume that their children are in the care of qualified, trained and certifiable professionals. Who then is responsible for this unconscionable violation of parental trust that led to Malik Taylor masquerading as a dean ?
Not Malik Taylor. He did not appoint himself “dean, ” in violation of city, state and federal law, not to mention the union contract. He did not place himself in a position of trust and confidence, privy to all manner of sensitive information concerning the most vulnerable and needy students in his school. No, that would have been the principal, a position now held by one Joshua Soloman who, if he did not appoint Malik Taylor to the position of dean, allowed him to continue there . Note well that Principal Soloman’s name was found nowhere in the media reports of the appalling allegations against Taylor. Note better still that it is inconceivable that Soloman was not completely aware that Taylor had no legal or moral right to be anywhere near the position of dean just as it is
inconceivable that every administrator in the school and many in the Network working with the school were not aware on this fact. Indeed, they had to have sanctioned it. There is no getting around it.


Why would they do so ? The easy answer is because they can. They have learned that under the Bloomberg administration they have nothing to fear for transgressions of almost any kind. Even as they are obliged to hold teachers to ever more degrading degrees of alleged accountability, outside of the crime of low student test scores, principals under Bloomberg seem to be almost entirely unaccountable. Even if they go off the deep end and give Unsatisfactory Annual ratings to a fourth of the teaching staff as an ex-principal of mine did, they are merely warehoused in another school and given busy work. As long as the test scores go up, up and up, no one is approving or disapproving what they do.
Another reason is money. A community associate, which requires a high school diploma, costs a school considerably less than a teacher’s salary. And if you hold your students and parents in contempt, who gives a damn about qualifications? After all, only lousy kids need to see a dean. Lastly, as a bonus, under an administration that is in perpetual guerrilla war with the teacher’s union, an employee such as a phony dean makes an excellent willing or unwilling informer.
Taylor’s deanship should not be seen as an isolated incident. I dealt with precisely such a situation in my school several years ago in which another community associate was appointed dean, given his own office and supplied with a DOE Blackberry. When I appealed to the powers that be, they did not want to know about it, including OSI. Moreover, I immediately became the constant target of administrative retaliation.
So it goes under institutional corruption.
My suspicion, bordering on a certainty, is that this kind of deception and betrayal of the public trust goes on unreported in schools all over the city. The fear of retaliation, of becoming a target of an administration is sickeningly real in all too many schools.
Indeed, my colleague Henry Funes told me he worked in a school where the position of dean was held by a custodian.
Under Bloomberg’s reforms the only internal mechanism to stop such behavior is a principal of good faith and integrity who do exist, but are exactly those most unlikely to be produced by Bloomberg’s sinister Leadership Academy.


It is essential that the kind of decisions that lead to a Malik Taylor masquerading as a dean are perceived not as matters of incompetence but rather of deliberate, conscious deception and institutional contempt for children, parents and the public trust. They are acts of monumental arrogance committed by individuals who have no business in a public school system. Parents entrust their children to our schools. They have every right to expect that every person who serves their kids is qualified and certified professionals. Malik Taylor is not the problem. He is rather the logical result of titanic arrogance, systemic contempt for law, and a gross betrayal of parental and public trust, all of which has been engendered by the Pharonic leadership of Mayor Michael R. Bloomberg. In a moral world, such betrayers of trust would be identified and held accountable and changes would be made to insure such betrayals would not be repeated ad infinitum.

In our world, such betrayals are less and less even seen as betrayals.

Following are reports by NY1 and the New York Daily News.
http://www.nydailynews.com/new-york/education/manhattan-hs-dean-sex-students-officials-article-1.1412728
http://www.ny1.com/content/education/186331/former-manhattan-high-school-dean-accused-of-having-sex-with-four-students
Posted by Melinda Pillsbury-Foster at 7:24 AM