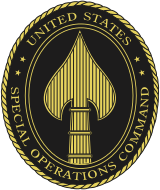 American special forces units overseas have been on alert for the past several days for a mission to attack potential al Qaeda targets if those behind the most recent terror threats against U.S. interests can be identified, a senior Obama administration official told CNN.
The official declined to identify the units or their locations because of the sensitive nature of the information.
The units, along with several others, were put on heightened alert by Defense Secretary Chuck Hagel last week.
There is alot going on here.  Special ops on high alert, cities put on alert, LoC violation, embassy closures, warships sent…  Im sure there are other things they are not telling us going on too.  The question is though is this: can we trust them, the gov’t, that the threat is real?   I don’t think we can.  I think the timing issuper convenient and this is all just a ploy to say, “look see we told you so, the police state is needed”.  When really, its not..  Think about it.  How many terror plots have they uncovered in the US since 9/11? Now how many of those were FBI plots?  So any pretense of them doing this for our security is absolutely bull.  They are all fascists and theyre fascism has been exposed.  -Mort

Posted by Melinda Pillsbury-Foster at 10:08 AM