A dog has been hailed a hero for saving the life of a newborn girl who had been slung into a rubbish dump.
The animal, a Thai Bangkaew called Pui, discovered the child inside a plastic bag at the roadside tip in Bangkok.
He carried the bag in his mouth to his owner Gumnerd Thongmak's house and barked loudly to get his attention. 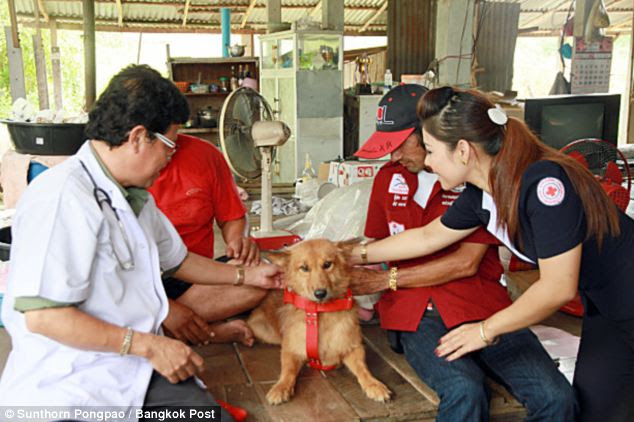 Hero: Thai dog Pui is patted by Red Cross staff after discovering a newly born baby in a rubbish dump in Bangkok and carrying her in a plastic bag to safety 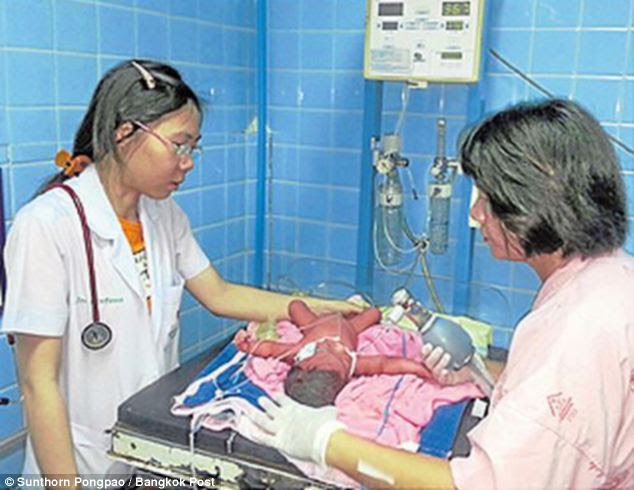 Nurses care for the tiny child, who weighed just four pounds. The authorities are trying to track down her mother
Mr Gumnerd's niece, Sudarat, 12, then opened the bag and found the tiny baby inside and she was rushed to hospital.

Doctors said the child was born prematurely and only weighed four pounds.
Her parents are still being tracked down by authorities, while medical staff continue to care for her. She is said to be in good condition. 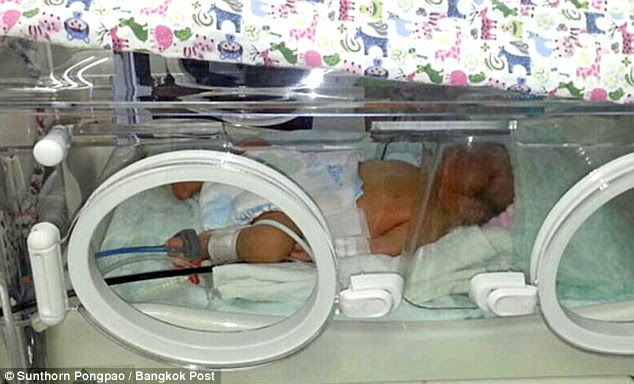 The tiny child is believed to have been born prematurely before she was dumped by her mother
'It's lucky that Little Pui found the baby. It was a surprise to us, since Little Pui never brought anything home, only barking at strangers when he’s out and about,' said Poomrat Thongmak, Sudarat's mother.
As of this morning, there are five families that have contacted authorities in hopes of adopting the baby. All families happen to be dog owners.
Residents of the area said Pui regularly roams the neighborhood and is a bit of a community watchdog.

The heroic actions of the dog saw him awarded a leather collar and a medal from the Tha Rua district Red Cross.
Mr Gumnerd was given the equivalent of about £200 in cash for his pet's actions.