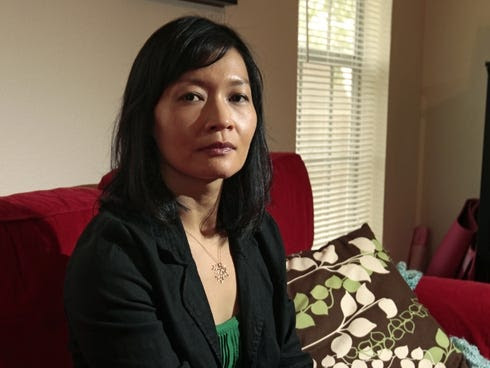 Runi Limary of Austin is one of the plaintiffs in the case against Myriad Genetics. She contends she has been denied valuable information about her breast cancer because of the exclusive patent. / Erich Schlegel for USA TODAY

WASHINGTON - The Supreme Court ruled Thursday that human genes cannot be patented, a decision with both immediate benefits for some breast and ovarian cancer patients and long-lasting repercussions for biotechnology research.
The decision represents a victory for cancer patients, researchers and geneticists who claimed that a single company's patent raised costs, restricted research and sometimes forced women to have breasts or ovaries removed without sufficient facts or second opinions.
But the court held out a lifeline to Myriad Genetics, the company with an exclusive patent on the isolated form of genes that can foretell an increased genetic risk of cancer. The justices said it can patent a type of synthesized DNA that goes beyond extracting the genes from the body.
Justice Clarence Thomas wrote the decision for a unanimous court. "Myriad did not create anything," Thomas said. "To be sure, it found an important and useful gene, but separating that gene from its surrounding genetic material is not an act of invention."
The decision will allow other scientists and laboratories to provide genetic diagnostic testing, now that the patent on the BRCA1 and BRCA2 genes themselves has been lifted. That should lead to lower costs and greater access.  MORE

Posted by Melinda Pillsbury-Foster at 12:32 PM