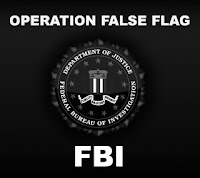 Only hours after two bombs were detonated near the finish line of a Boston marathon, evidence is beginning to emerge suggesting that the act may have been a false flag attack.
While reports continue to emerge from the scene, a number of facts point toward the typical setup used to devise, control, and execute such an attack as took place around the 9/11, 7/7, and OKC bombings as well as the Aurora and Sandy Hook shootings.
One of the hallmark signals of a false flag attack, as Webster Tarpley has expertly demonstrated in his book, 9/11 Synthetic Terror, is the use of drills acting as a cover for sinister plans and mechanizations within the halls of the shadow government itself which ultimately manifest as false flag terror attacks. Much like the aforementioned attacks, the Boston Bombing also carried the trademark “coincidence” of a drill scheduled to take place at almost exactly the same time that the bombs were being detonated at the marathon.
For instance, earlier in the morning of April 15, 2013, the Boston Globe tweeted “Officials: There will be a controlled explosion opposite the library within one minute as part of bomb squad activities.”
In addition, it was reported by Business Insider in the article “2 More Explosive Devices Found At Boston Marathon,”[1] that a police scanner “said police were going to do a third, controlled explosion on the 600 Block of Boylston Street.”
Yet, despite the fact that the police had scheduled a highly “coincidental” explosion at the JFK Library, much of the mainstream reports regarding the device have presented it as another part of the Boston Bombing itself.

In fact, the New York Post reported almost the polar opposite of the Boston Globe in regards to the second device. It said, “Police confirmed a third explosion at JFK Library in Boston. Boston fire officials confirmed during a press conference that the third explosion was linked to the ones that occurred at the Marathon. There were no injuries reported from the third bombing.”

Andrew Katz of TIME tweeted that “police were investigating reports of bombs in other parts of the city,” and "Citing a police scanner, Katz tweeted that there was an ‘incendiary device’ possible at JFK Library as well as ‘another device’ in front of Boston’s luxury Mandarin Hotel."
Business Insider also reported that, around 3 p.m., there was a fire inside the JFK Library but states that it was not related to the “terrorist bombings.” This, as I mentioned, is in direct contradiction to the later reports that the “fire” was actually an explosion related to the terror bombing.
Thus, we have a device planted inside the library by the police and confirmation that an explosion at the library was connected to the Boston Bombing. This fact alone should be enough to raise questions regarding the individuals responsible for the bombing. If the police had planted a device inside the Library and the explosion was related to the Boston Bombing, should there not be an immediate investigation of the police?
It should also be noted that Chris Faraone of the Boston Phoenix also tweeted that a police officer near the finish line stated, “There are secondary devices that have been found and are unexploded.”

Also interesting, however, is the fact that the University of Mobile’s Cross Country Coach, Ali Stevenson, stated that bomb sniffing dogs were present at both the start and finish lines.
Speaking to Local 15, the local Boston news station, Stevenson stated, “They kept making announcements on the loud speaker that it was just a drill and there was nothing to worry about. It seemed like there was some sort of threat, but they kept telling us it was just a drill.”
At this time, law enforcement officials state that they have identified a suspect, a Saudi national currently in the hospital for shrapnel wounds. One must also wonder if this individual is nothing more than a mere patsy in yet another government-sponsored false flag. It is highly dubious that an individual (with the exception of a suicide bomber which this individual’s survival excludes him from) setting off such powerful bombs would stand so close to them as to be injured by shrapnel.
Ali Stevenson also stated that there was no doubt in his mind that the bombings were intentional and this much is quite clear.
The question, however, is who was behind them?
As Mike Adams of Natural News writes, “It’s far too early to take an informed guess on all this. However, it is indisputable that the FBI is actively engaged in carrying out bomb plots in the United States, then halting them at the last minute to “catch the terrorists.” This fact has been covered by the New York Times, among other publications.”
Indeed. And the track record of the FBI, as well as other elements of the governmental establishment, should be reason enough for us to continue watching these developments and the subsequent claims made by these agencies and individuals.
Notes:
[1] This article could not be retrieved by the writer at 6:45 pm.
Brandon Turbeville is an author out of Florence, South Carolina. He has a Bachelor's Degree from Francis Marion University and is the author of three books, Codex Alimentarius -- The End of Health Freedom, 7 Real Conspiracies, and Five Sense Solutions and Dispatches From a Dissident. Turbeville has published over 200 articles dealing on a wide variety of subjects including health, economics, government corruption, and civil liberties. Brandon Turbeville's podcast Truth on The Tracks can be found every Monday night 9 pm EST at UCYTV. He is available for radio and TV interviews. Please contact activistpost (at) gmail.com.
Posted by Melinda Pillsbury-Foster at 8:25 PM